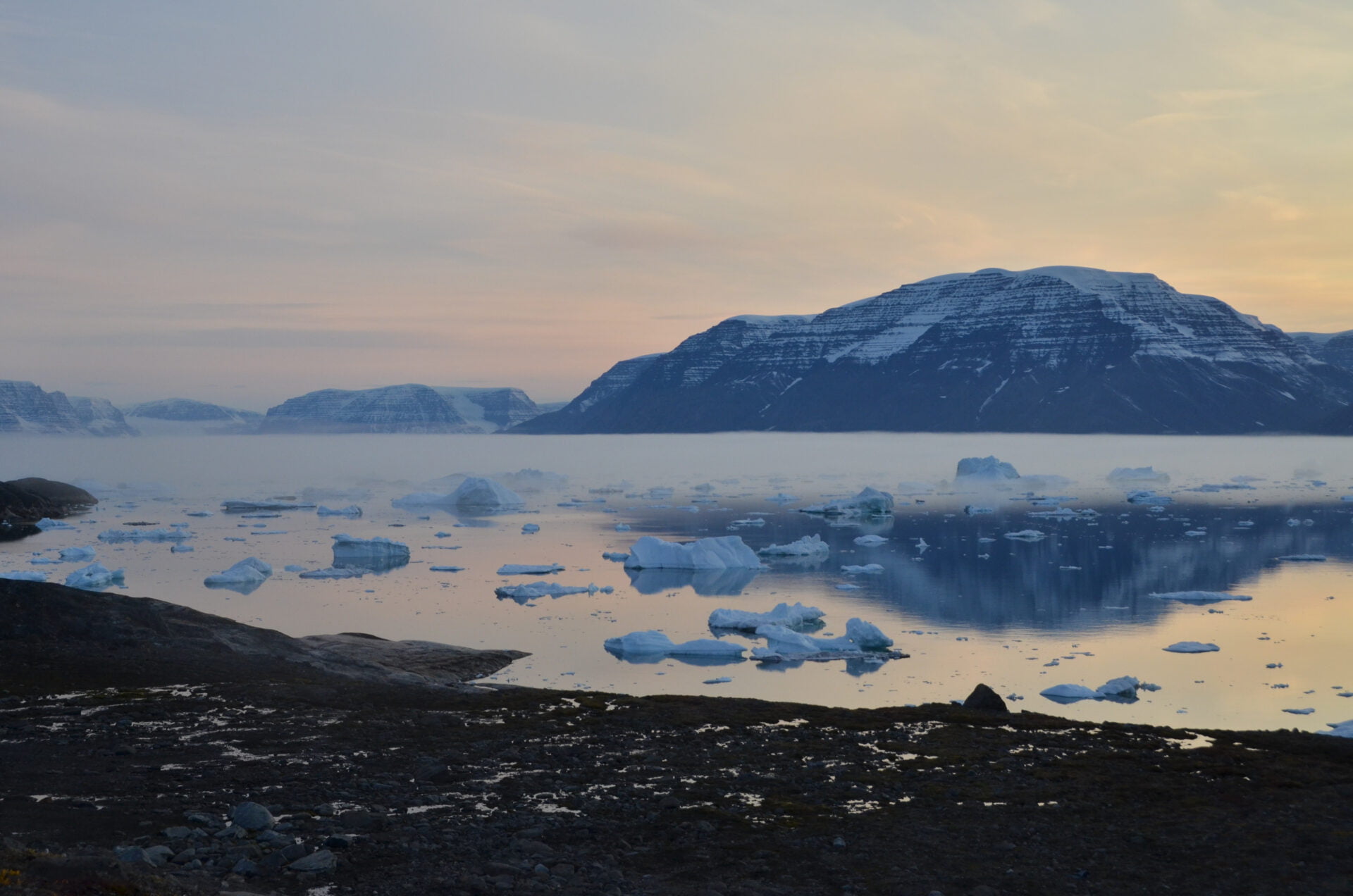 The project: A unique combination of Alfred Wegener's measurements from 1929-1931 with comparable modern measurements at the same locations.

The project application by APRI member Jakob Abermann, University of Graz, which has recently been approved by the Austrian Science Fund FWF, has unique plans: to span nearly hundred years of Greenland’s climatology and glaciology by combining Alfred Wegener’s original measurement data from 1929 to 1931 with comparable modern measurements from the same locations and beyond.

As a geoscientist, Alfred Wegener was not only the father of the continental drift theory, but also a meteorologist and polar scientist, and worked as a professor at the University of Graz from 1926.

His most important and unfortunately last Greenland expedition from 1929 to 1931 served to measure the ice thickness of the Greenland ice sheet, as well as a comprehensive collection of meteorological data at three different locations at Greenland’s west coast, in the middle of the ice sheet and at the east coast to study the ice sheet and its climate, which he wanted to measure continuously over a full year. They were to incorporate his findings from the two earlier expeditions (Danmark Expedition 1906 to 1908 and 1912 to 1913 with J.P. Koch). The ice thickness measurements at various points on the inland ice were intended to answer the question of whether the Greenland land mass has been rising isostatically since the last ice age. 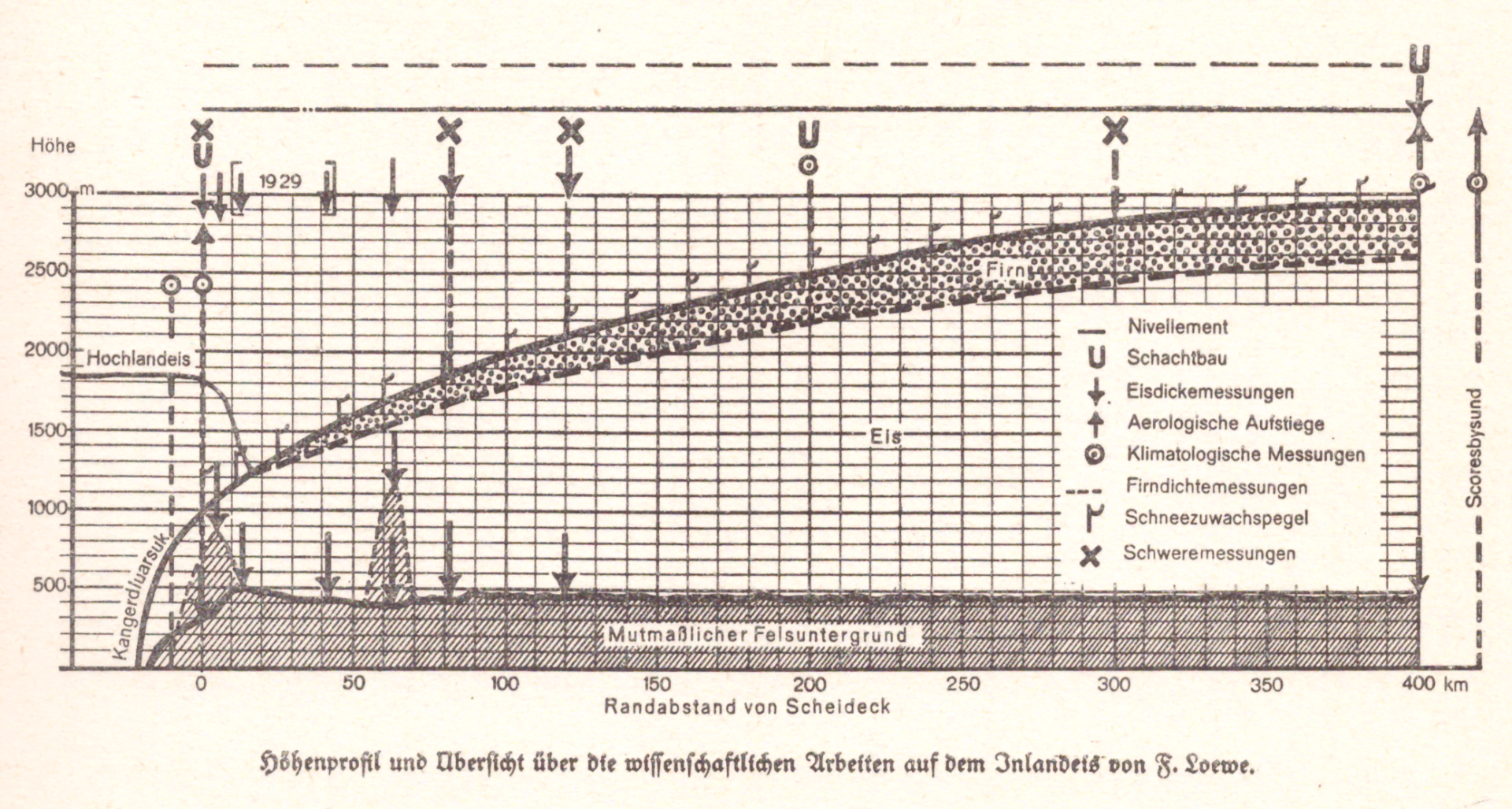 Therefore, gravity measurements were also planned and year-round meteorological measurements were taken at Qaamarujup Fjord on the west coast, in the middle of the ice sheet and at Scoresby Sund on the east coast. An incredible undertaking for the time!

Wegener presumably died of exhaustion and heart failure on the way back from the station in the middle of the ice sheet to the station on the west coast. His Greenlandic companion Rasmus Villumsen buried him, but remained missing himself and with it Wegener’s last diary. 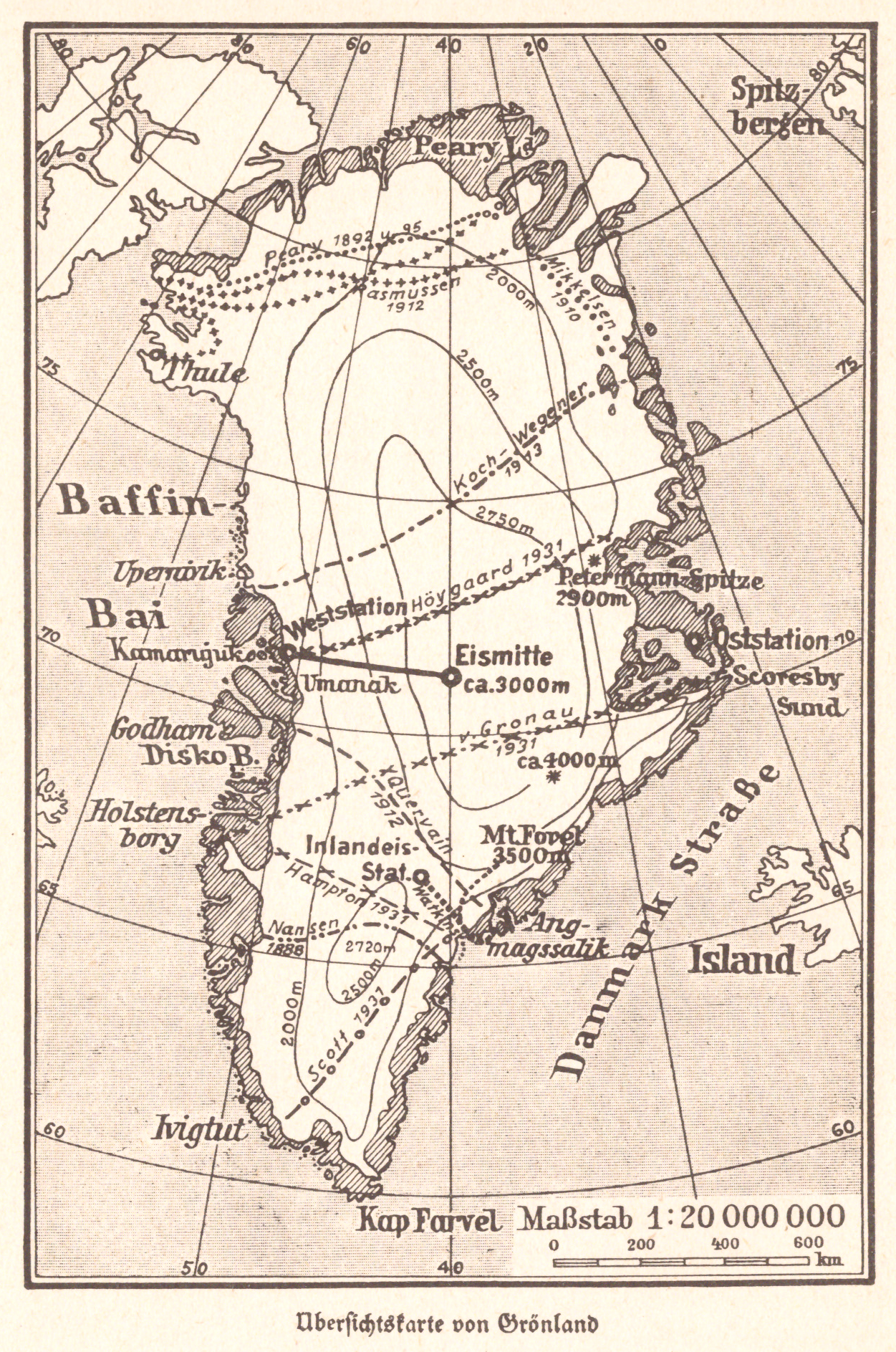 Jakob Abermann and his team are thus consciously following in the footsteps of Wegener with the project “WEG_RE – Centennial Climate Drivers of Glacier Changes in Greenland”. They intend to build a climatological and glaciological bridge over nearly hundred years: The combination of Wegener’s original measurement data from 1930/31 with new measurements from the same measurement points is unique and gives the project high significance. Greenland’s ice masses are currently experiencing particularly strong changes due to man-made climate change. However, the usual observed time series of atmospheric conditions and the effects on the glacier surface are limited to the last decades. A longer perspective is, however, particularly important in order to be able to achieve a realistic reconstruction of the past and modelling of the future.

In an interdisciplinary approach, the project aims to improve the understanding between glacier changes and the underlying climatological drivers. The basis is the data from the legendary expedition, which Abermann and his team can access from the archives of the University of Graz.

The combination of Wegener’s original measurement data from 1930/31 with modern measurements from the same locations is unique and gives the project high significance.

Temperature changes in Upernavik, W-Greenland since 1900. WEG marks the time frame of the Wegener expedition; WEG_RE that of the granted project. The red line represents the 5-year mean (from the project proposal Abermann et. al.).

Climatologically, Wegener’s data are of particular relevance because they originate from a short warm phase (WEG) in which air temperatures were similar to those currently observed (WEG_RE). Moreover, they are available at a temporal resolution that is unique for the time. Almost a century later, the team will again observe the same parameters over three years at exactly the same measurement sites at Wegener’s “west station” and under similar atmospheric conditions, albeit under fundamentally changed geometric boundary conditions, and expand the monitoring, based on modern methods, with artificial intelligence and innovative process studies. 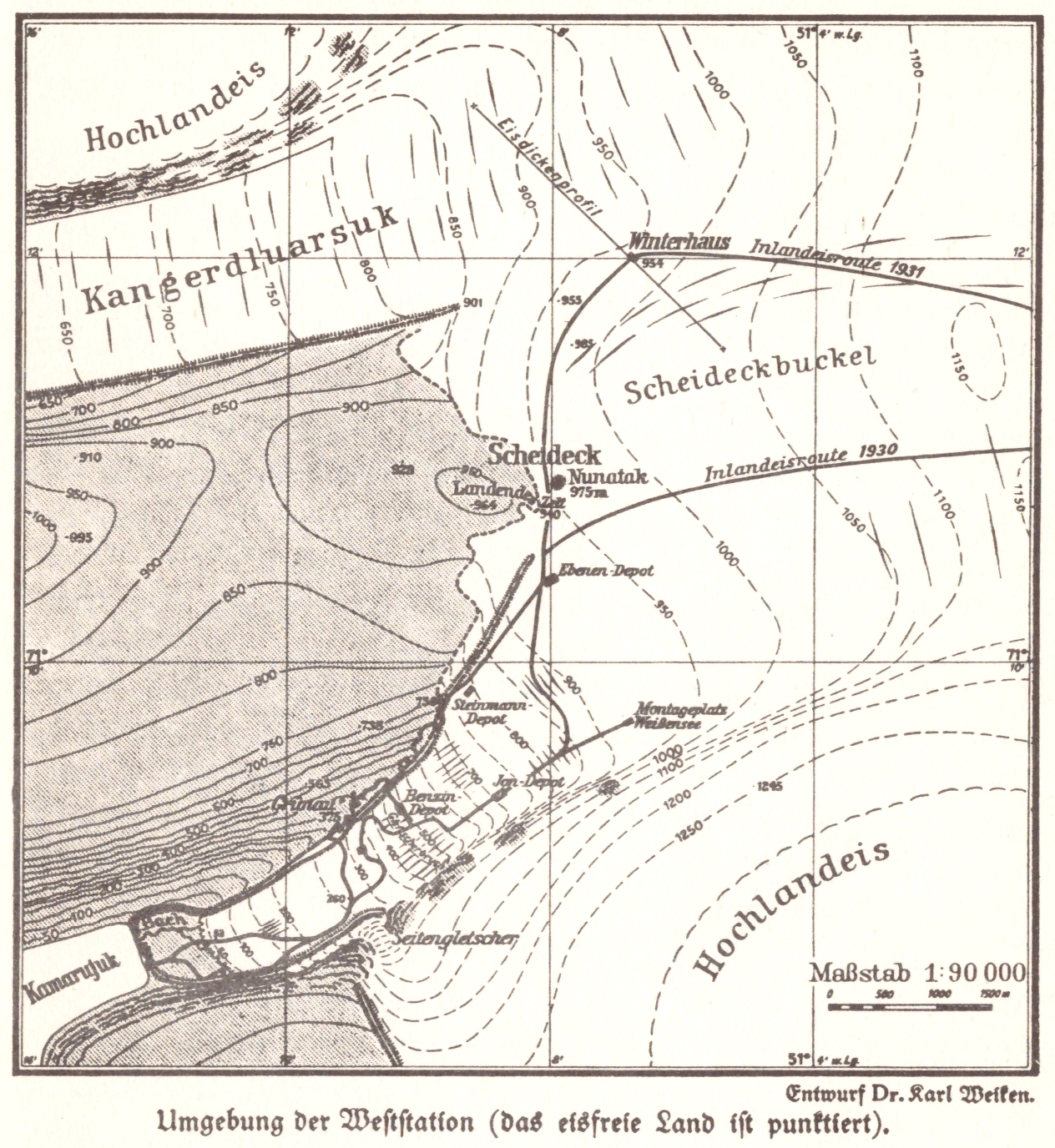 Stations of the Wegener Expedition 1929-1931 on the West Coast (from “Alfred Wegeners letzte Grönlandfahrt”, Brockhaus, Leipzig, 1940)

Using modelling and approaches from the field of “deep learning”, atmospheric patterns will be compared and feedback mechanisms quantified on a local scale under the lead of Andreas Trügler, KnowCenter Graz. Dynamic models are then used in a next step to conduct sensitivity studies. This makes it possible to determine the decisive factors that cause the observed changes and how the glacier and atmosphere systems influence each other. This will give the results further spatial relevance, as the geometric configuration of the study area is representative of large parts of the Greenlandic ablation region. An important component of the project will also be the interaction and involvement of the Greenlandic population. Local operators will help with the logistics and at the end of the project the results of the research will be presented in the neighbouring settlements. The project is a collaboration between the University of Graz, KnowCenter Graz, the University of Fairbanks, Alaska, and GEUS, Denmark.

Written by the APRI-Media Office Christoph Ruhsam.
Contact: use our contact form.
Photos: Unless differently stated, all copyright by J. Abermann.

Attention: Two exciting PhD positions are currently available within in this project!
More information can be found here.