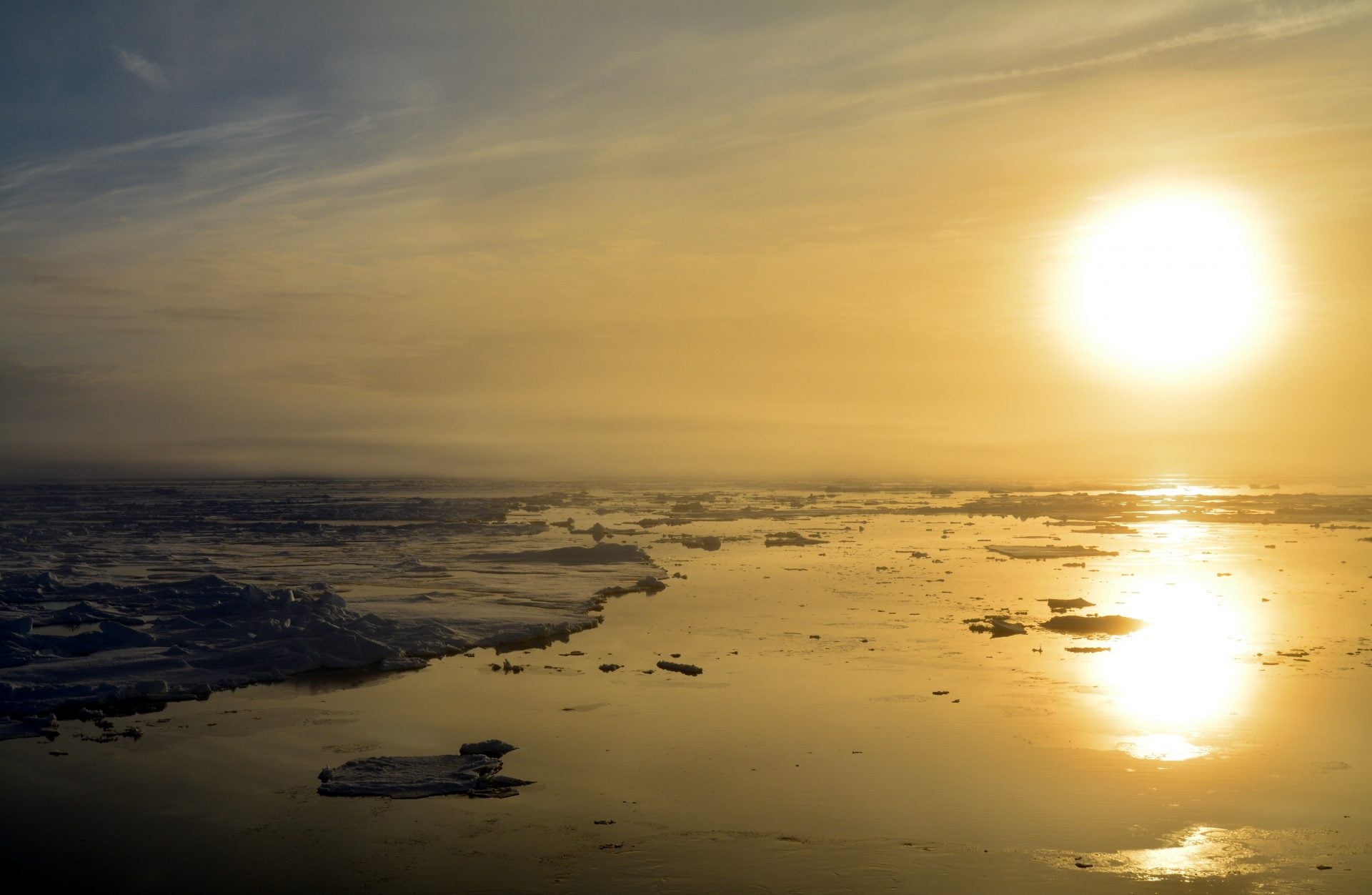 The deep sea is the largest ecosystem on Earth, yet we know so little about it. This holds especially true for the bottom of the Arctic deep sea, where – due to remoteness and sea ice cover – only very few studies have been performed so far. The work by Irina Zhulay and colleagues published now in the Journal Frontiers in Marine Science  sheds new light on the communities inhabiting the seafloor of the Chukchi Borderland.

Despite its name, the Chukchi Borderland is a marine region that stretches from the Chukchi Sea shelf down to the deep Canada Basin. It covers a depth gradient from about 300 to 3000 m, and water masses from the Arctic, Pacific and Atlantic oceans meet here. Also, it is one of the Arctic areas that have undergone the most dramatic summer sea ice meltdown in the last two decades. However, the biological communities that inhabit the Chukchi Borderland are poorly known, which makes it difficult to predict how environmental changes will influence the marine life in this Arctic region. In summer 2016 an international and multi-disciplinary team of scientists, media-personell, and educators onboard the U.S. Coast Guard Cutter (USCGC) Healy sailed to the Chukchi Borderland to explore life from the Ocean surface down to the bottom of the deep sea. As part of Katrin Iken’s (University of Fairbanks) “seafloor” research team, Irina Zhulay was among the participants of this “Hidden Ocean 2016” expedition. Irina’s goal was to explore the so called epifauna, the larger animals that live on, or close by the sea floor.

This map of the Arctic Ocean highlights both the Chukchi Sea and the study region for this expedition, the Chukchi Borderland. Image courtesy of Wikipedia, edited by Caitlin Bailey.

Exploring the deep sea requires special equipment. One of them is the ROV (Remotely Operated Vehicle), that is controlled by ROV operators typically from a control van on a ship. It is equipped with a camera system, that allows the scientists in the ROV control van to observe the bottom of the Arctic Ocean in real time. Of course the images are also recorded for detailed analysis at a later date. “This is a wonderful tool” smiles Irina. “It helps us not only to see the animals in their natural environment, but also to directly observe the behaviour of the animals, their interaction with each other and with their environment.”

And this is key in Irina’s research: “Not only the who is there is important, but also the what do they do. For example, how do they feed? Or how do they move?” These characteristics are called the “traits” of animals. 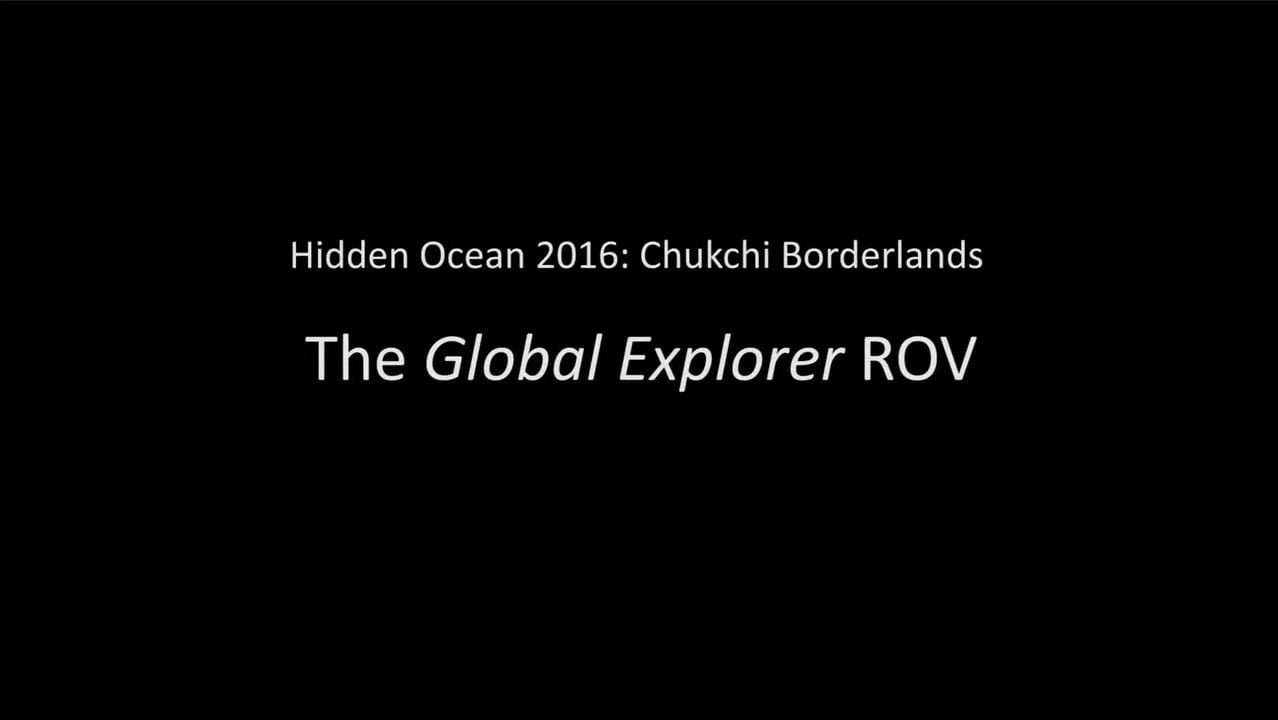 By combining this trait information for all of the 106 animals observed in the study area, Irina constructs a functional profile of the community. This profile can be processed further via the so-called “Biological Trait Analysis” in order to estimate the functional diversity and redundancy of the community. Especially the redundancy – a measure of the degree to which species express the same traits – gives important information about how vulnerable or resistant the communities are against perturbations.

The ROV can reach all of Irina’s sample stations, which range from 480 – 2610 m water depth. Still, not all animals are easy to detect and to identify on images collected with the ROV. Some mobile animals sense the ROV and rapidly escape, while others burry themselves in the sediment. To capture a more complete picture of the community, additional samples were taken with a beam trawl, a net that was towed for about 30 minutes over the deep sea floor. This allows to bring animals to the surface and to identify also the previously overlooked community members.

Other important traits, such as mode of reproduction or larvae dispersal, cannot be easily deduced from ROV imagery or specimens collected by trawl. In these cases, literature and databases such as the Arctic Traits Database (Degen & Faulwetter 2019) – a freely accessible platform for Arctic benthic invertebrate traits, hosted at the University of Vienna – need to be consulted.


Making trait information available is key in this field of research: “As so little is known about this ecosystem, it is very important to share everything we observe” says Irina, who is herself an important contributor of trait information to the Arctic Traits Database.

After compiling and analyzing the functional trait profile from the data gathered with the ROV, the beam trawl, and from databases, Irina got some interesting insights. “While some of our findings support the current view of epifauna in the global deep sea, others point towards a high vulnerability of the Chukchi Borderland epifauna” summarizes Irina. “Across the study area we detected a high occurrence of taxa with low dispersal ability, both among adults and among larval stages.” The dispersal ability describes to which extent organisms can spread from one place to another. Some adult animals might reach new places by movement, such as crawling or swimming, while others can’t. Larvae might travel to remote areas when they spend some time of their early life in the open water before they settle to the sea floor. While low dispersal ability is not a disadvantage in stable habitats, it can have a negative effect in disturbed ecosystems. Irina explains why: “These traits may impede rapid adaptation to changes as they limit the ability of organisms to escape a perturbation or to recolonize a site after a disturbance.” And disturbances are predicted for this region.

Global heating continuously raises sea temperatures and causes sea-ice decline. In addition, also an increase in other human induced pressures such as deep-sea fisheries, oil and gas exploration, and deep-sea mining is expected with the ongoing retreat of sea ice.

There is even more concern: “The communities in the mid depth strata from 486 – 1059 m showed a lower functional redundancy than the communities in the deeper stations. This is another indicator for a higher vulnerability to disturbances” explains Irina. A low functional redundancy implies that the removal of a few species from the community would have an effect on the overall ecosystem functioning, which can be described as the sum of all functions and processes that sustain an ecosystem. And especially the mid-depth areas of the Chukchi Borderland might be an easier target for fisheries and mining companies.

In the light of sea-ice decline the exploitation of Arctic deep-sea resources is now widely discussed. It is important to gain sufficient knowledge on Arctic ecosystems prior to any potential exploitation to assess and understand the potential risk of human impacts. Thus, the results generated in this study are very timely and can directly serve current assessments of biological and ecosystem resources and functions in the Central Arctic Ocean. In addition, the trait information shared via the Arctic Traits Database will facilitate future trait-based studies in the Arctic Ocean. 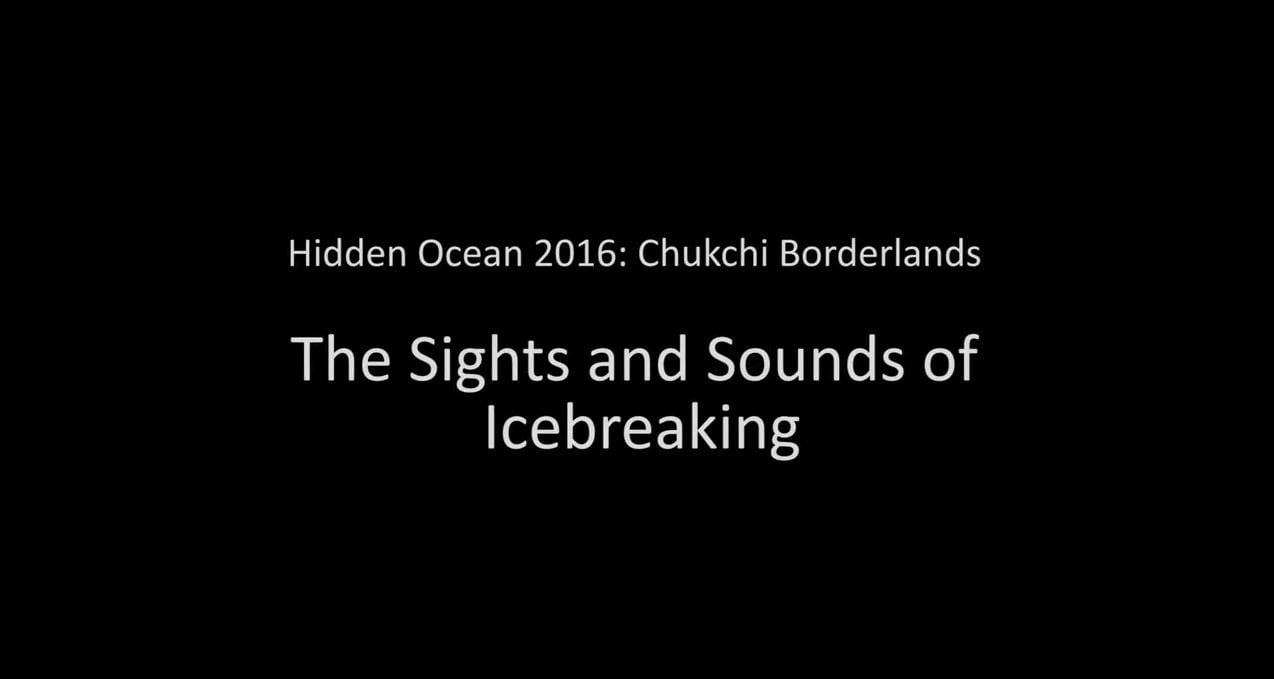 See a timelapse of the Healy breaking through the ice floe and hear the rumbling sounds as steel meets ice (©GFOE, The Hidden Ocean 2016: Chukchi Borderlands).