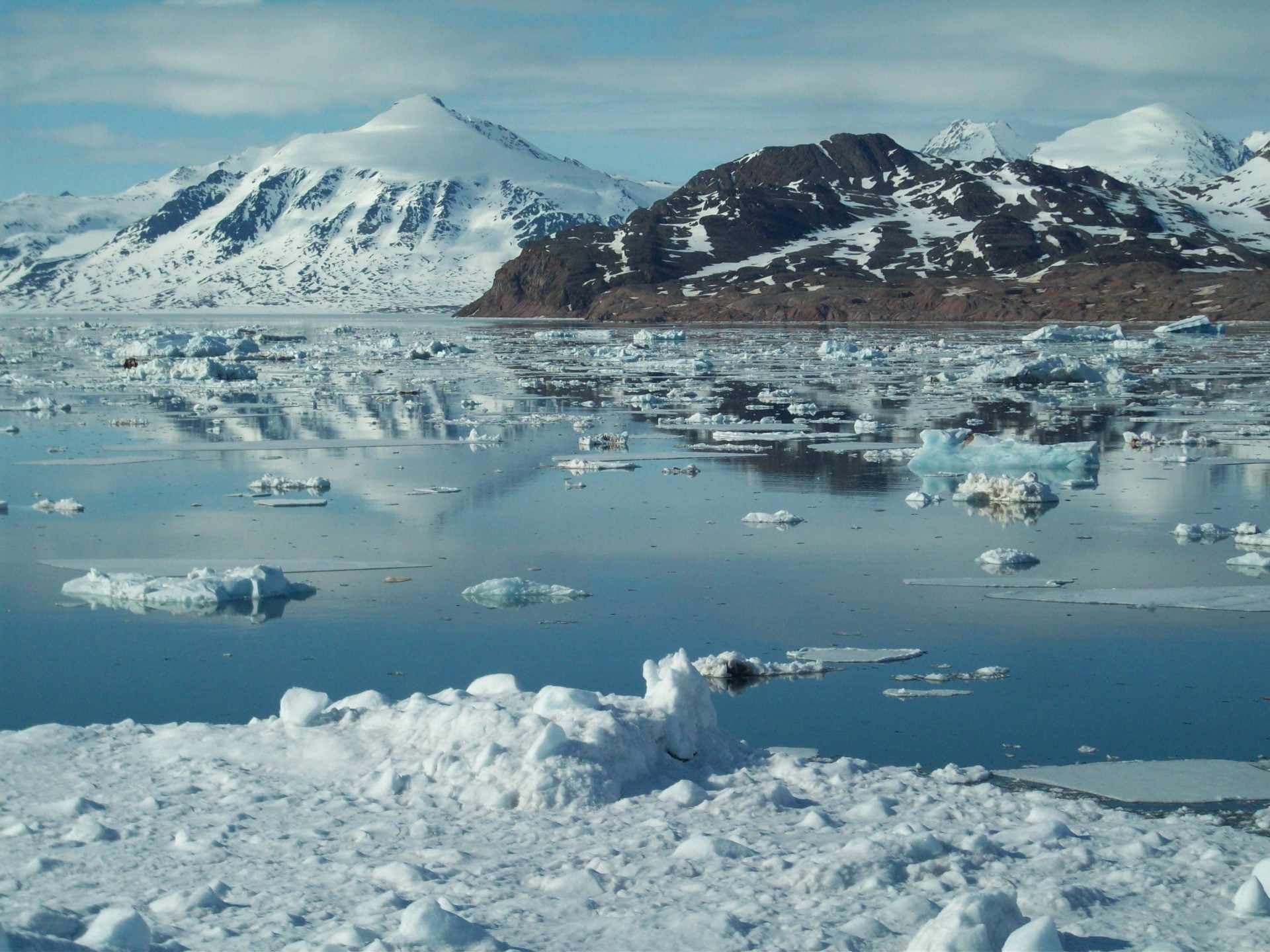 The “Blue Economy” and the Arctic

APRI associate member Edward Canuel summarizes his recent “PolarTalk #4” where he focused on the blue economy – namely, what it is, what it means in practice, and the various interdisciplinary issues which intersect it. Looking to the Arctic as a case study melding these concepts together, he also covered the key role that critical infrastructure plays in that region.

U.N. Sustainable Development Goal 14 offers guidance on the blue economy’s parameters.  That goal seeks to “Conserve and sustainably use the oceans, seas and marine resources for sustainable development.”  There is no singular universally agreed-upon blue economy definition.  Scholars have argued that, as a socially constructed concept, any attempted definition must be fluid.  The blue economy recognizes that conservation and sustainable management practices spur economic development and growth.  A holistic approach regarding the blue economy is recommended, considering science, innovative management practices, effective enforcement, public/private partnerships, and active public participation.

Within that framework, the blue economy includes areas such as fishing, offshore mineral and hydrocarbons extraction, renewable energy, ship building, and marine transportation.  A bedrock of the blue economy is governance, with tools including marine spatial planning and ecosystem-based management.  These tools tackle a variety of issues, including marine bioprospecting and illegal, unreported, and unregulated fishing—many of these issues impact and affect the Arctic. 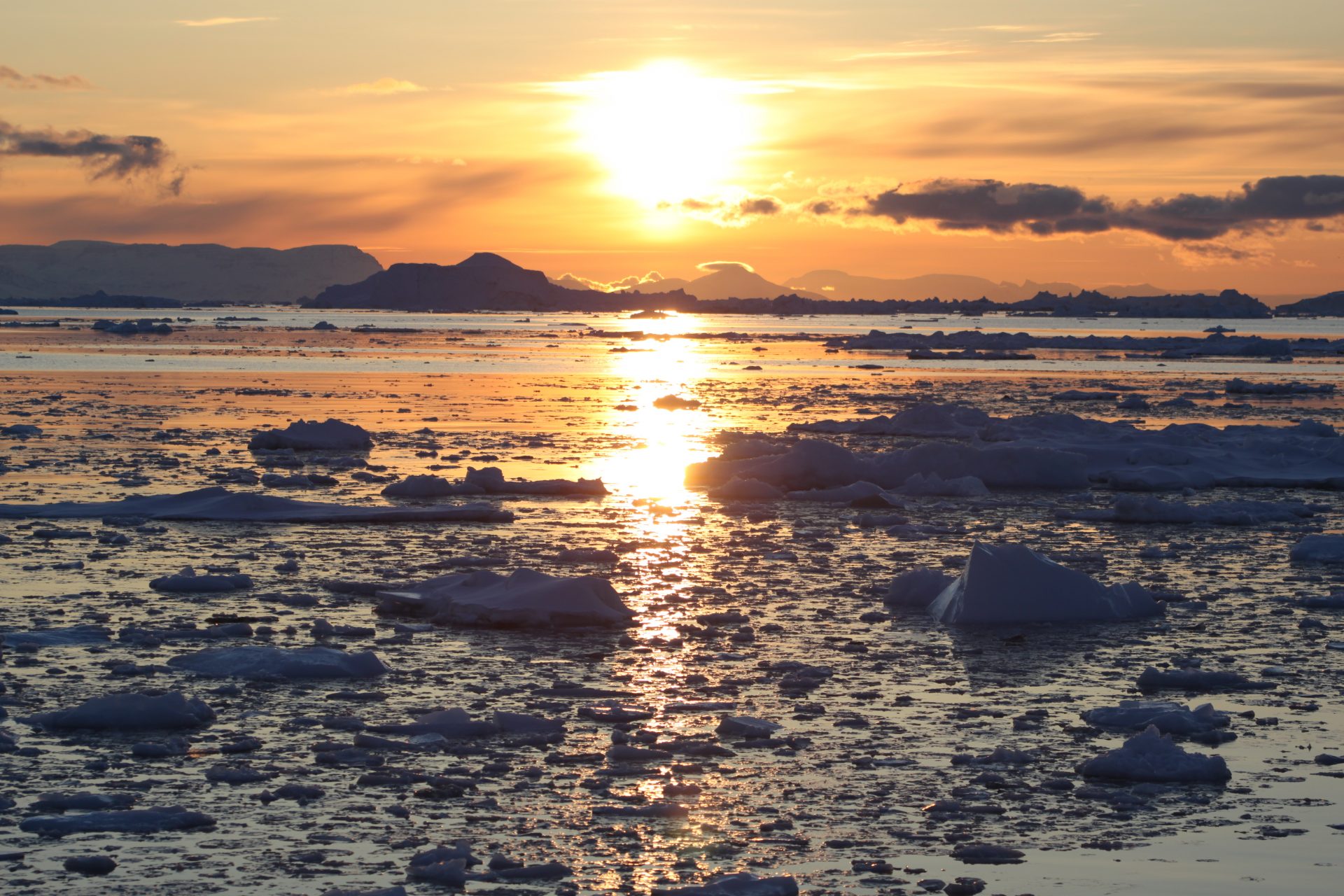 Arctic waters are in the focus of the blue economy (Illulissat, West Greenland)

Blue economy matters pertaining to the Arctic involve governance—a combination of institutions and hard and soft law.  Arctic law examines the laws and regulations affecting the Arctic, including the rights, responsibilities, and obligations of governmental and private sector actors.  Critics of Arctic sustainable development note the lack of a “hard law” Arctic treaty.  While there are no such treaties exclusively focusing on the Arctic, we do see treaties and conventions dealing with Arctic-related issues—such as UNCLOS.  An Arctic “soft law” instrument is the 2008 Ilulissat Declaration, signed by the five Arctic Ocean coastal states, which forestalled a “new comprehensive international legal regime to govern the Arctic Ocean.”  Regarding institutions, the Arctic Council is a high-level fora composed of the eight Arctic states, with membership including the six groups representing the Arctic indigenous peoples.  Marine issues are crucial throughout the Council’s working groups.

On the way to Ny-Ålesund (Spitsbergen)

“The blue economy is a researcher’s dream.”

The blue economy is a researcher’s dream.  Opportunities for research across multiple social and natural science disciplines are unrivaled.  When we speak of developing and maintaining critical infrastructure in the Arctic, a host of factors must be considered, including designing resilient infrastructure and encouraging sensible development that considers human needs, the existing ecosystem, and private/public partnerships.

Our discussion underscores that the blue economy is a journey worth exploring, allowing us to tackle the daunting challenges and opportunities confronting the global sea and the Arctic.

Note: the views expressed are strictly in the author’s personal capacity, and not those of the U.S. government.


Dr. Edward Canuel is a professor, diplomat, and attorney. He has been a professor at various universities (Aalborg, American, and Aarhus); his teaching and research focus on Arctic and energy law, sustainable development, and security issues. Ed holds a B.A. from Boston College (summa cum laude); a Juris Doctor from Boston College Law School; a Master of Laws from Osgoode Hall in Business Law (where he served subsequently as an Osgoode Visiting Scholar); and a Ph.D. from the University of Oslo (comparative private law, focusing on the energy and finance sectors). Most recently, Ed joined the Austrian Polar Research Institute as an Associate Member.

Ed has been a U.S. diplomat for nearly 20 years. His current diplomatic tour is at the U.S. Mission to International Organizations in Vienna (UNVIE). As the Acting Counselor for International Atomic Energy Agency Affairs, he supervises UNVIE’s Peaceful Uses and Safeguards Sections. Most recently, Ed served in the White House as both the Homeland Security Advisor’s Coordinator for Arctic Affairs and Deputy Senior Director in the National Security Council’s Resilience Directorate. Ed’s prior diplomatic tours include serving as Deputy Office Director in the Bureau of Counterterrorism; Senior Advisor in the Office of the Deputy Secretary of State; Environmental/Energy Trade Negotiator; State Department Visiting Professor (the U.S. Military Academy at West Point); Regional Environmental Officer/Acting Deputy Chief of Mission (Copenhagen); Energy and Economic Officer (Oslo); and Treaty Trader Officer (Toronto). In 2012 and 2017, Ed was selected as the U.S. government’s candidate for the Arctic Council Secretariat’s Executive Director position.

Prior to joining the State Department, Ed practiced corporate, environmental, and commercial real estate law at an international law firm.