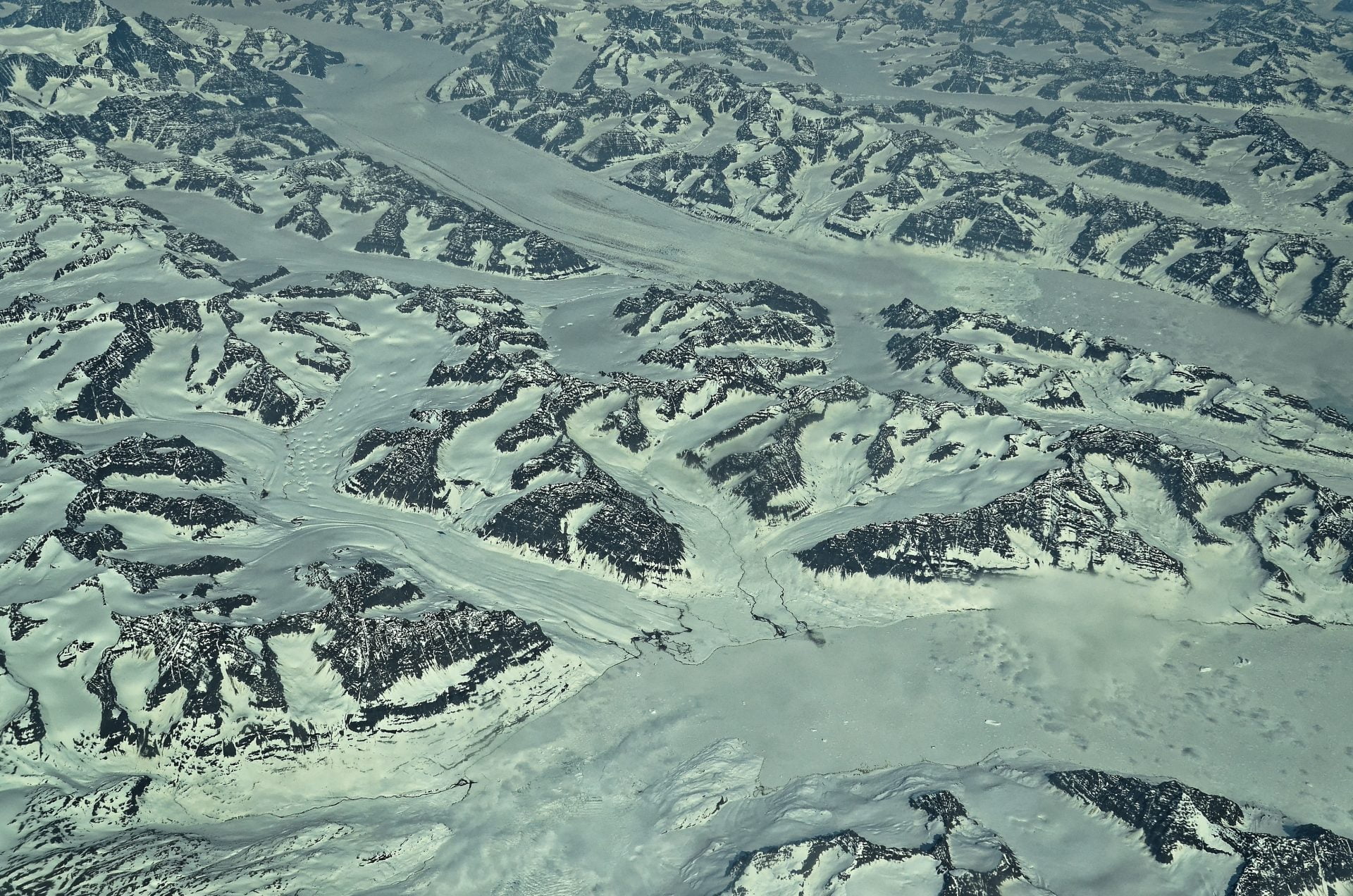 A large-scale study led by Dominik Fahrner, Liverpool University, that involved the Austrian Polar Research Institute (APRI) provides evidence of a severe Greenland-wide retreat of glacier fronts on the world’s largest island that began in the 1980s. Jakob Abermann of APRI collaborated on the analysis of satellite data from 206 calving glaciers in Greenland during the period 1984 – 2017. “In the northeast of the island, this decline has been observed since 1984. From 2004 onwards it has intensified. This is evidence that glaciers are responding massively to climate change”, says Jakob Abermann.

Map of tidewater glaciers in Greenland and example of changes in a glacier front (from Fahrner et al. 2021)

Currently one of the most comprehensive studies on tidewater glaciers

Tidewater glaciers flow directly into the sea and produce icebergs of various sizes as they float on the water by breaking off pieces of ice – known as calving. The special characteristic of this research work is that all tidewater glaciers around Greenland were recorded over a long period of 34 years and the development of the glacier fronts could be described. The complex evaluations are based on the mapping of more than 3.500 glacier fronts (sighting of more than 20.000 satellite images), sea surface temperatures and water temperatures in deeper layers, measurements of air temperatures from strategically chosen weather stations, and measurements of ice discharge and meltwater runoff. For the first time, a comprehensive picture of Greenland’s tidewater glacier trends based on scientific analysis can be provided.

The analysis showed that the calving glaciers, when considered as a group, respond linearly to climate changes. In contrast, the behavior of individual glaciers is very complex and non-linear. Furthermore, it was shown that, despite a Greenland-wide retreat of tidewater glaciers, ice discharge is relatively balanced and mainly determined by 11 of the 206 glaciers analyzed. Jakobshavn Glacier, Helheim Glacier, and Kangerlussuaq Glacier show the largest changes in the ice flow. Glaciers in the southwest, northwest, and southeast of the Greenland Ice Sheet appear to have remained relatively stable until the 1990s. Then however, there was a steady retreat of 190 of the 206 tidewater glaciers analyzed across Greenland. The retreat of the glacier fronts is accompanied by rising sea surface temperatures at the sea surfaces and an increase in air temperatures. In contrast, in northeastern Greenland a persistent linear retreat is observed over the entire period studied as early as 1984. It is noteworthy that the steady retreat of glacier fronts in the period 2002-2003 was preceded by three years of increasing water temperature at sea surfaces and deviations from the long-term mean summer air temperature.

“A strong influence of sea surface temperatures and air temperatures in summer could be demonstrated on the behavior of glaciers in the northeast and southwest of the Greenland Ice Sheet, respectively.”

The analysis shows that the behavior of 28% of the glaciers is influenced by a wide variety of interacting climate parameters. A strong influence of sea surface temperatures and air temperatures in summer on the behavior of glaciers in the northeast and southwest of the Greenland ice sheet, respectively, was determined. In addition, it was recognized that the ice flow of individual glaciers is strongly dependent on their extent, the topography of the glacier bed, and seasonal ice dynamics. “The central finding of the study is that the tidewater glaciers of the entire Greenland Ice Sheet respond strongly to climate changes and their ice balance is not in balance, which will lead to a steady ice loss of the Greenland Ice Sheet”, Jakob Abermann explains.

Written by the APRI-Media Team.
Contact: use our contact form.
Photos, when not stated otherwise: © Christoph Ruhsam, www.pure-landscapes.net