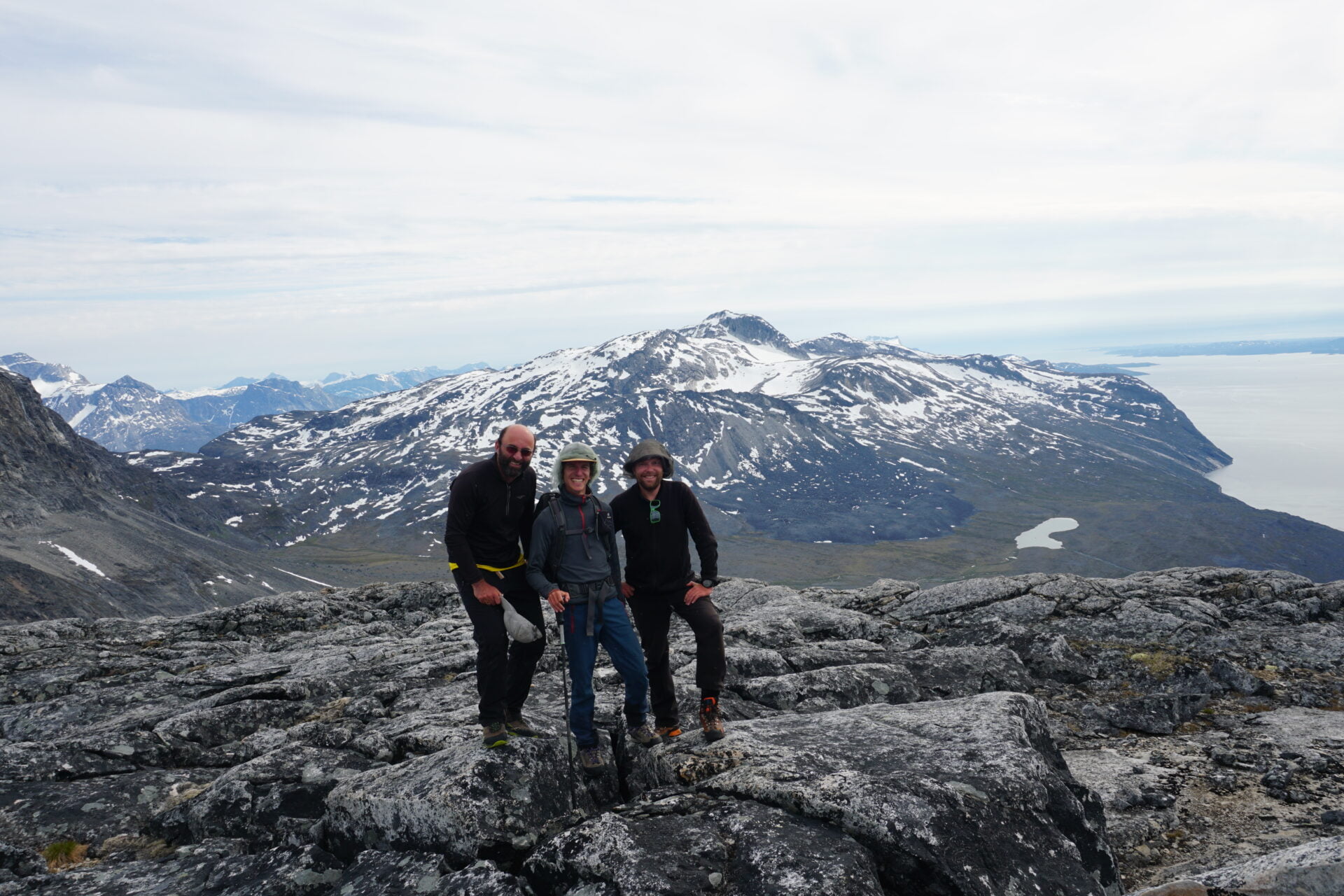 Monitoring of a Rock Glacier in West Greenland

Field report of our summer expedition 2021

As part of the project ACT-RG (An active rock glacier in West Greenland – Deciphering its structure and landform evolution), the researchers Andreas Kellerer-Pirklbauer, Felix Bernsteiner and Jakob Abermann from the Institute of Geography and Regional Science, University of Graz, Austria, under participation of the Austrian Polar Research Institute APRI, managed to perform their field work, despite Covid-restrictions. Extensive fieldwork was carried out, accompanied by mosquitoes, storms, sun, and 170 kg of different measuring instruments.

Mosquitoes were permanently following the researchers during the field work.

Rock glaciers are ‘permafrost features, abundant in mountainous environments’ and are indicators of past and present climate. Evidence of an active rock glacier was observed near Nuuk, around 250 km further south than the previously suggested southern limit for active rock glaciers in western Greenland. The research team focused on the small island of Bjørneø, 45 km north-east of Greenland’s capital Nuuk. Monitoring has been carried out there since 2016 with different field methods to determine the thermal regime, dynamic activity and climatic conditions. The thermal regime was analyzed by measuring the “Bottom Temperature of Snow” during the winter which shows a considerably lower temperature on the rock glacier compared to the surrounding areas. 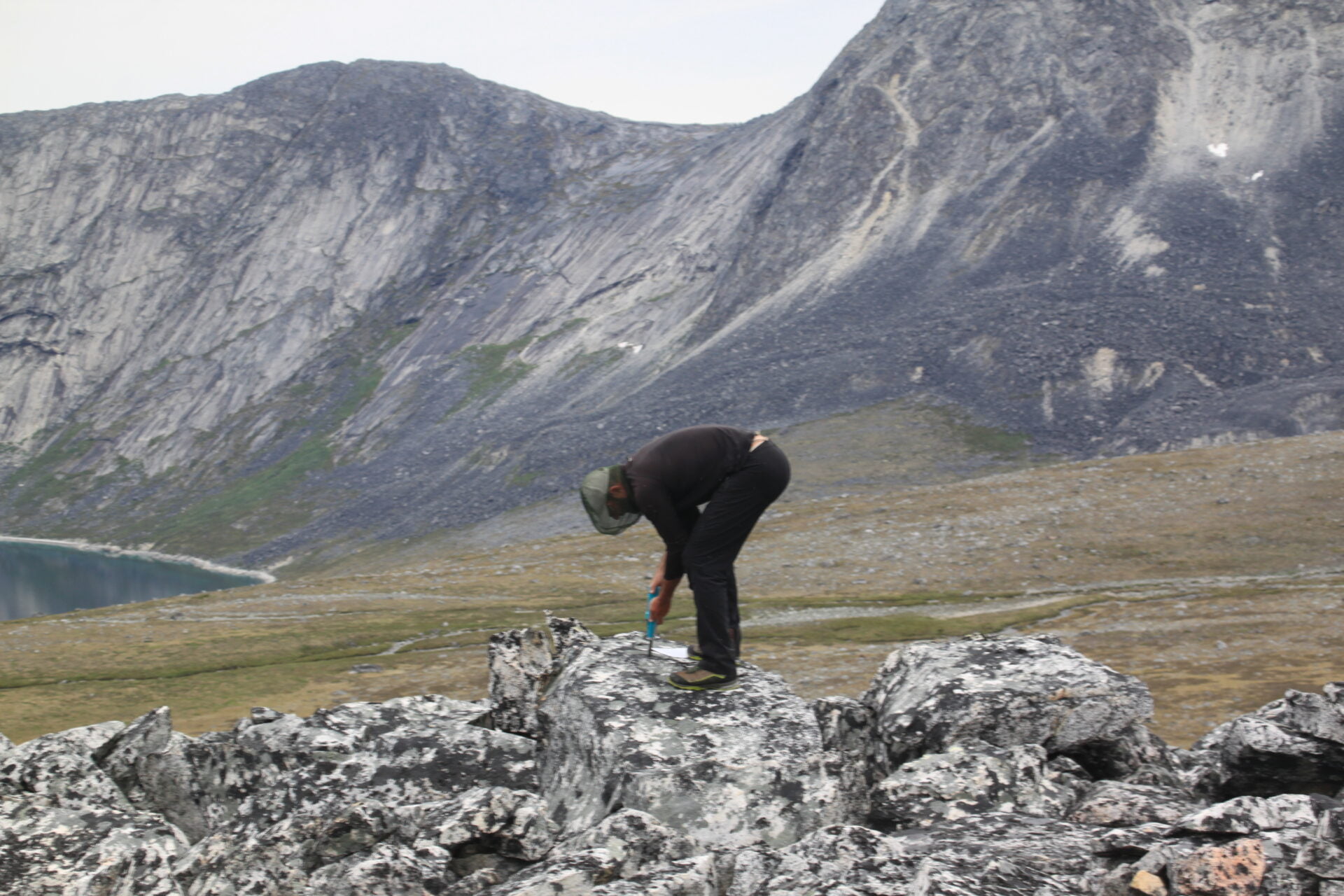 The rock glacier on Bjørneø.

Rock glaciers are characterized by “a steadily creeping perennially frozen and ice-rich debris on non-glacierised mountain slopes”. They maintain permafrost in a given climate, and may contain much older ice than glacier ice. Their runoff may contribute to local water supply in inhabited areas and thereby impact water chemistry significantly. It is therefore crucial to know about a rock glaciers’ occurrence and its dynamic regime. Significant fluctuations in rock glacier movement have been shown, and are partly triggered by climate, partly by local conditions. 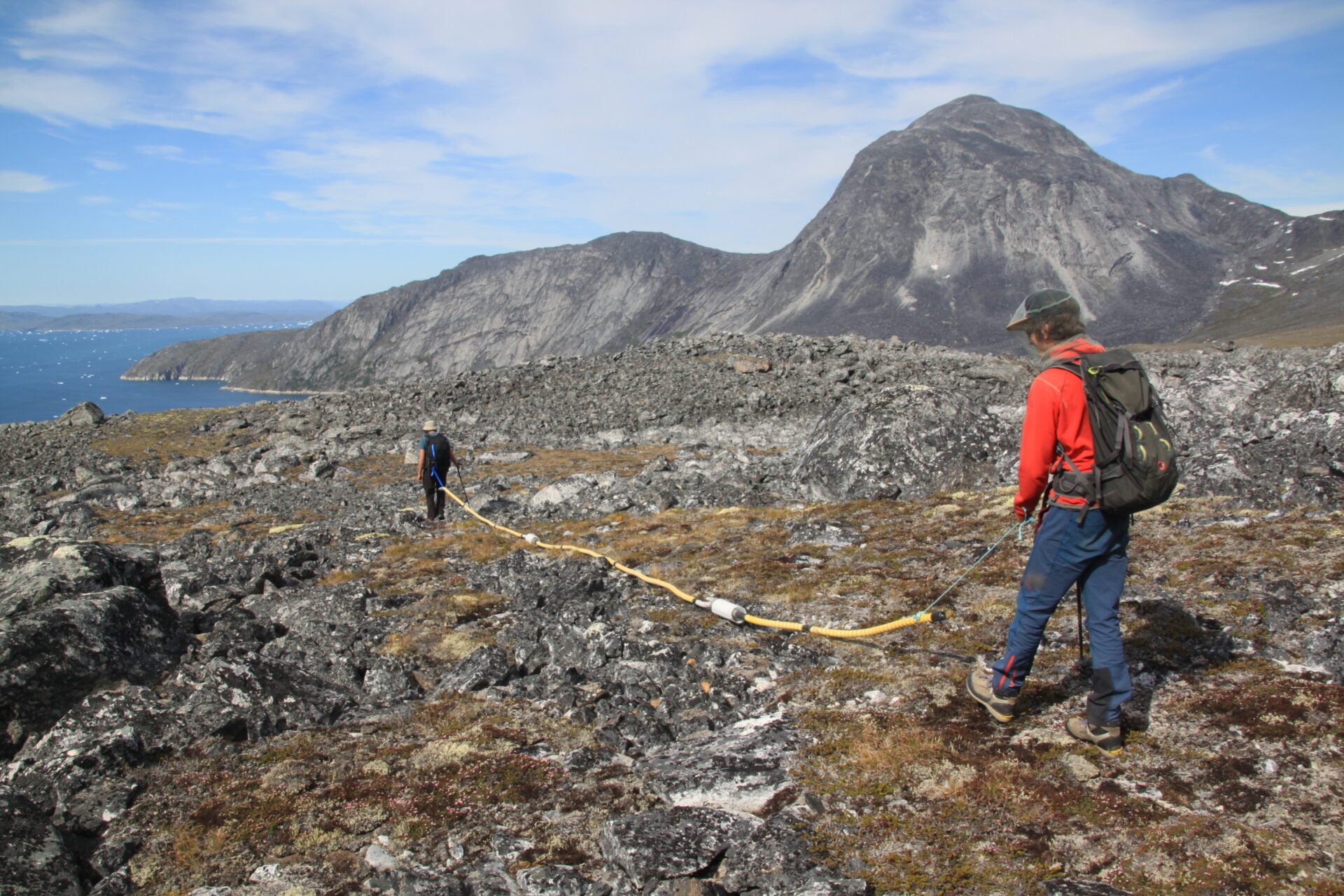 “The conspicuous rock glacier on Bjørneø has a clearly defined snout, distinct foliations in the central region, and a rather sparse pioneer vegetation, all suggesting that it may be active.“

The dynamic activity was assessed based on orthophoto and derived Digital Elevation Model from repeated drone flights over several years. The climatic conditions were recorded continually for the study period with a simple and robust temperature/air pressure sensor, installed near the snout of the rock glacier in order to give a first-order idea of temperature gradients between Nuuk and the rock glacier. 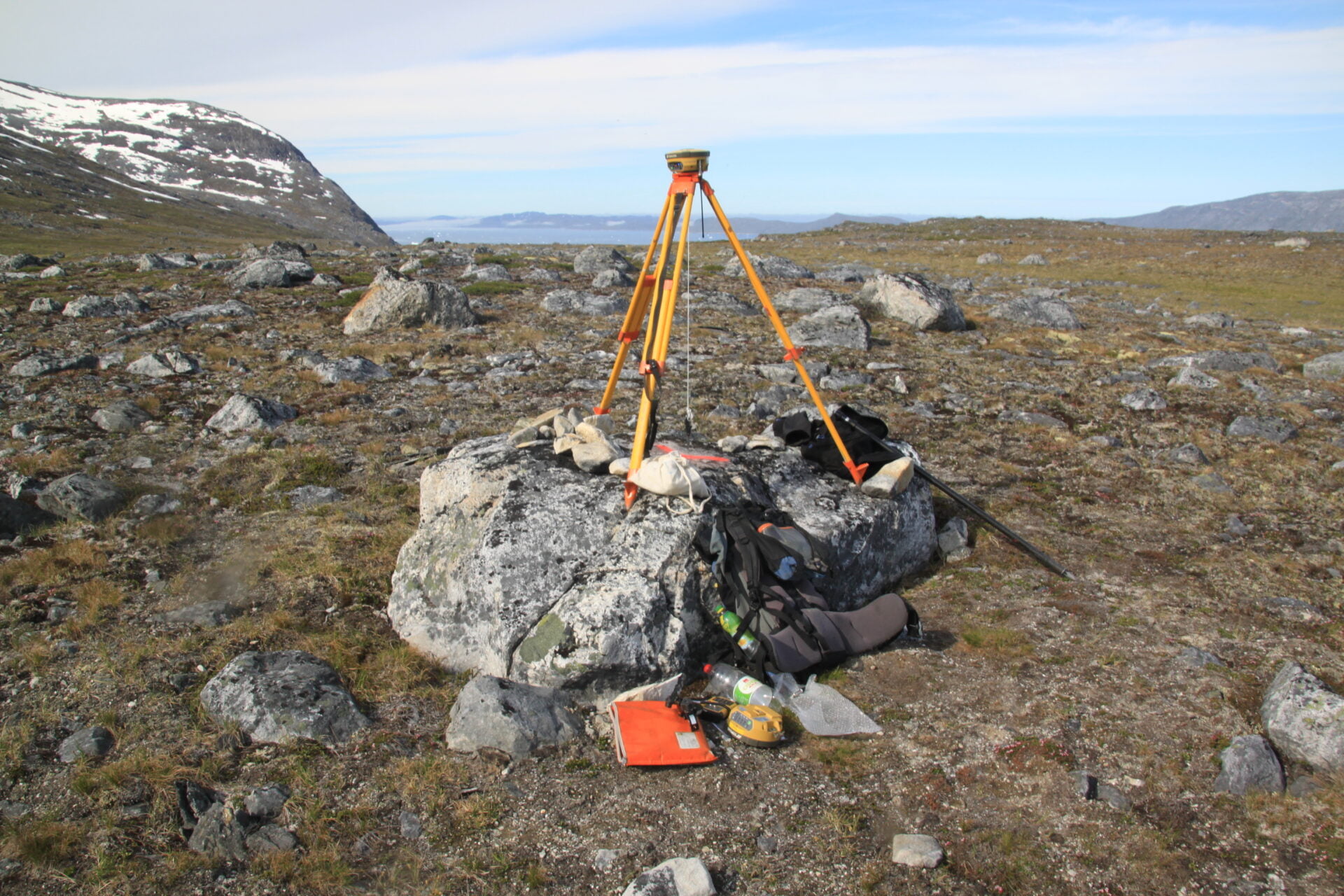 Geophysical observations were performed in summer 2021.

This year, the monitoring was expanded to include geophysical observation methods, which will serve to obtain better information about the internal structure of the rock glacier and its possible ice content. 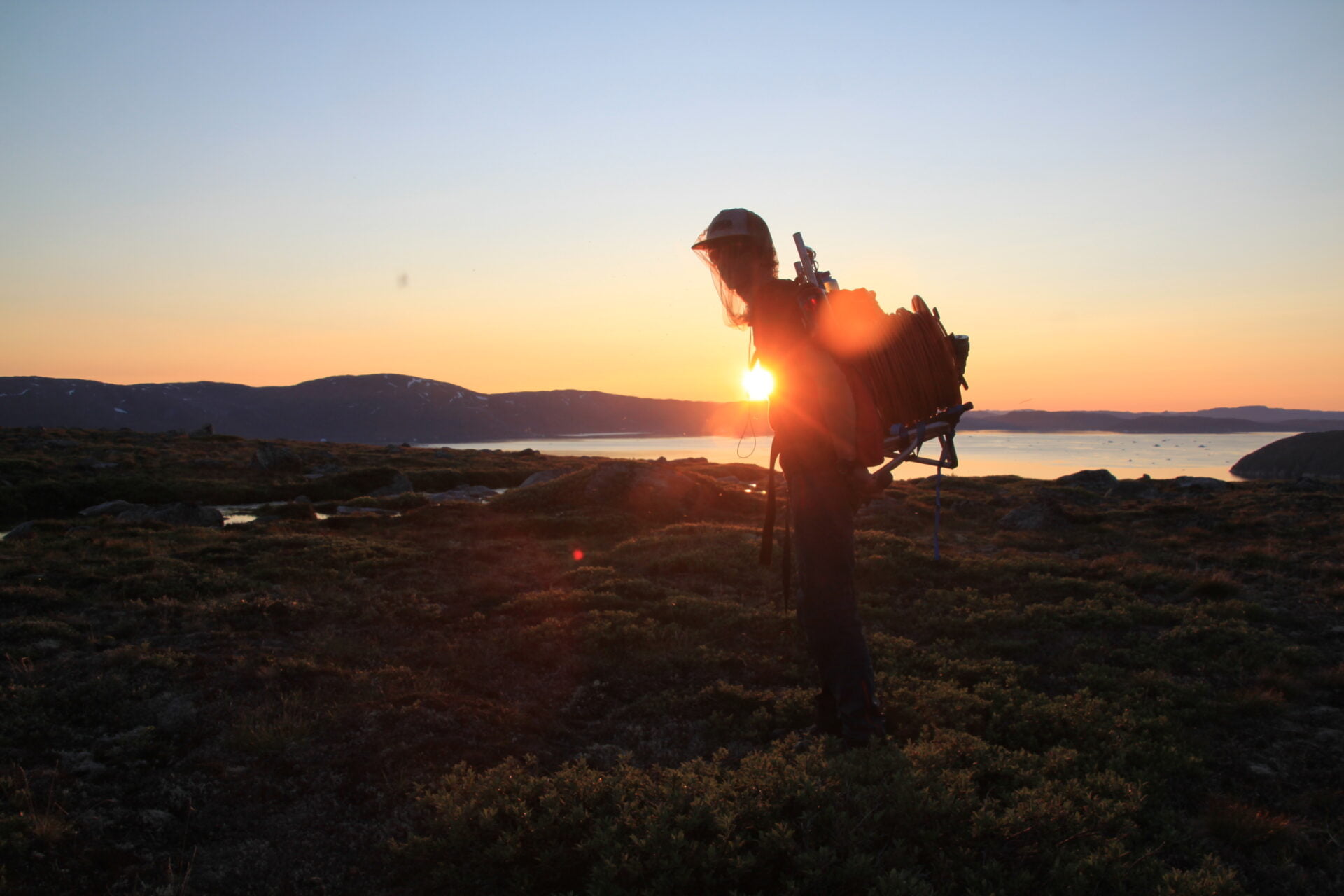 Even at night mosquitoes were present. 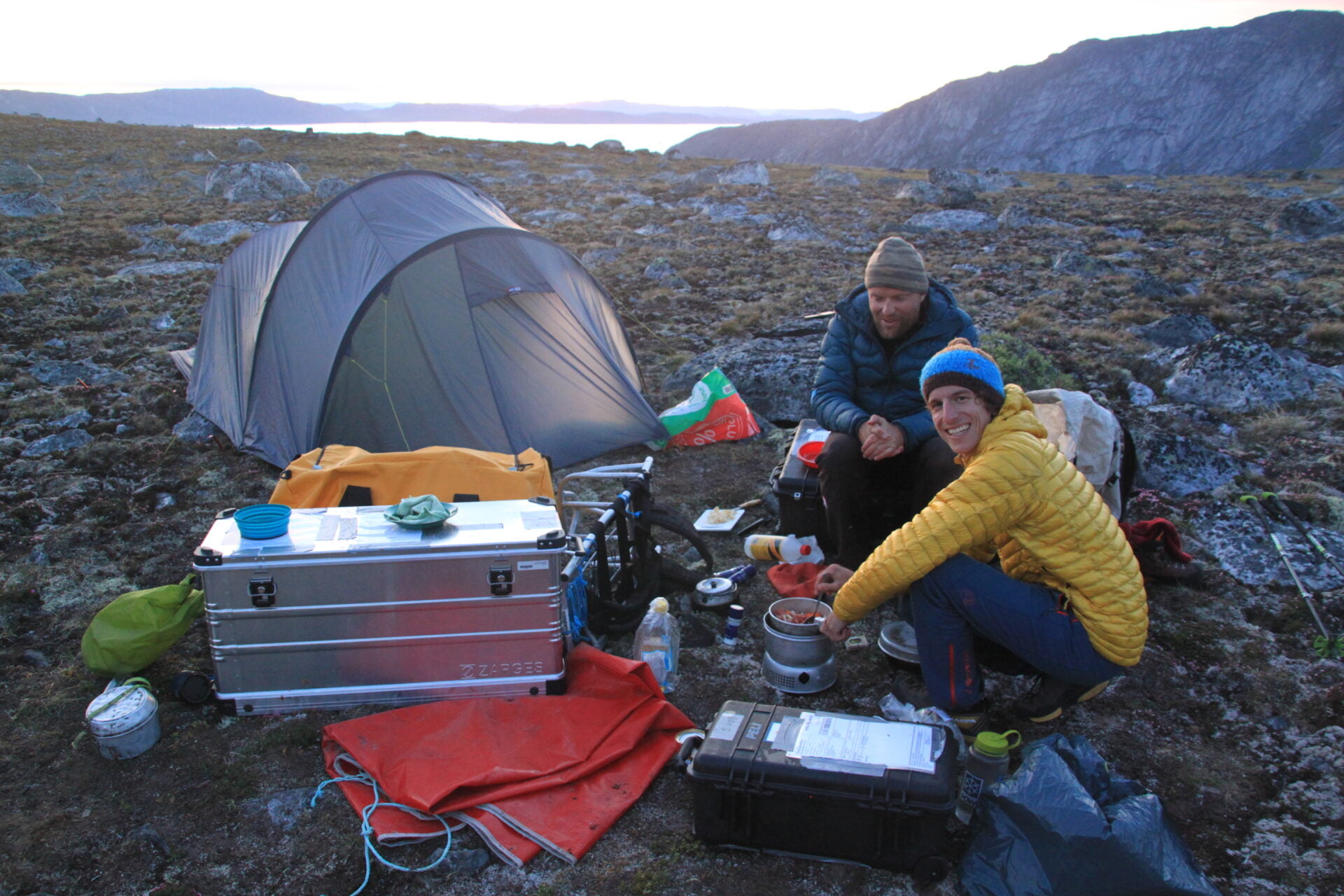 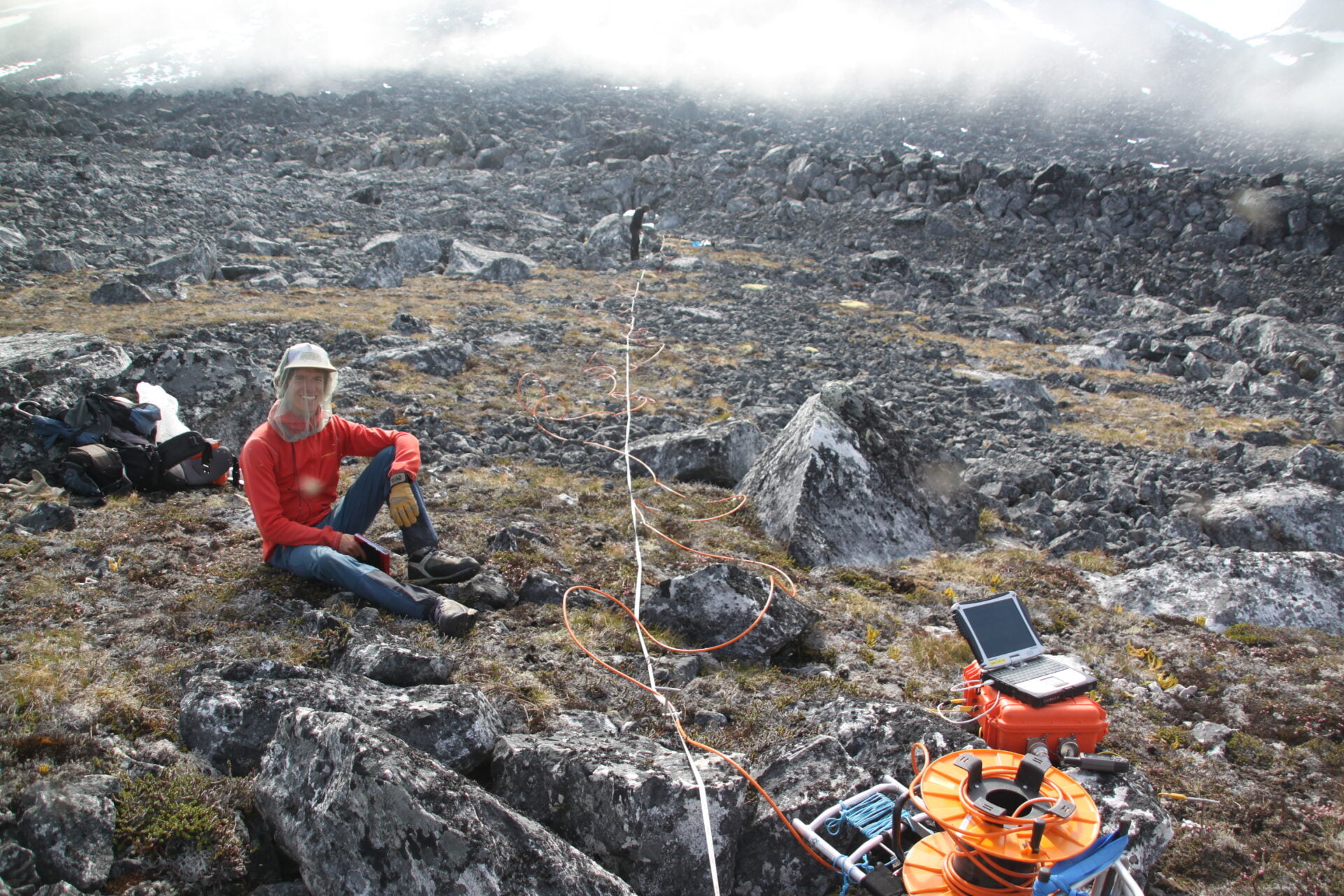 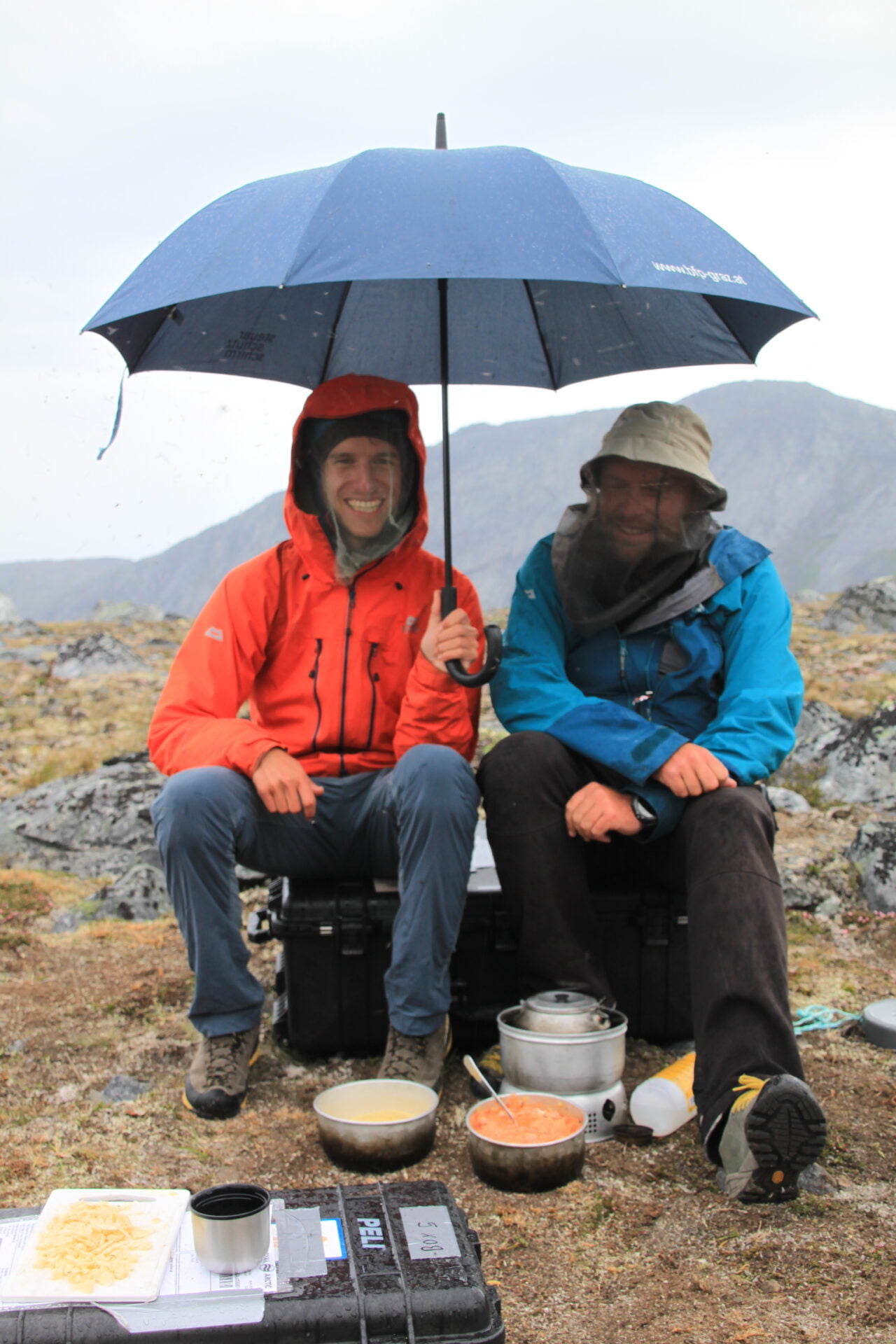 Written by the APRI-Media Team.
Contact: use our contact form.
Photos: © by the rock glacier research team.