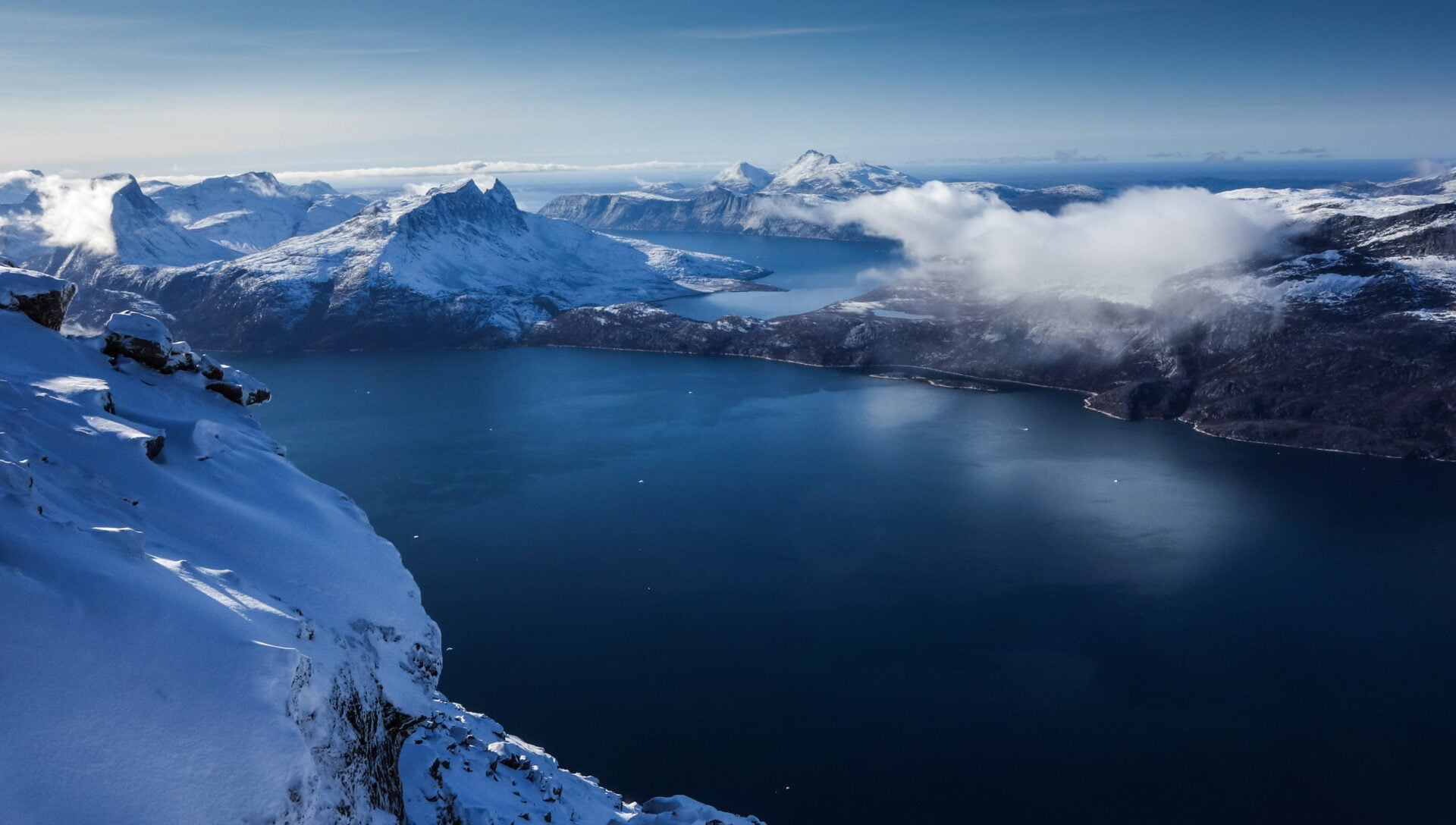 Skitouring in the mountains of the fjord system of Nuuk (© Jakob Abermann).

Dr. Jakob Abermann is a meteorologist and glaciologist at the University of Graz. His research took him, among other places, to Greenland for 5 years, which he got to know with all its facets. Jakob Abermann focused his research on melting processes at the ice margin, but at the same time he tried to immerse himself in the society of the country – actually the largest island in the world – and to get to know and understand the country and its inhabitants with their history and their current living conditions. In his exciting talk he embraced topics from the country and its people and their efforts on the road to independence to the critical issues of Greenland’s geopolitics and especially its mineral deposits. Abermann also shed light onto complex socio-political issues, however, and embedded his own research into the context of long-term observations.

Now the question arises why scientists from Graz, of all places, have such a strong connection to Greenland. A first anchor is Alfred Wegener, known for the theory on continental drift he established. What fewer people know is that Alfred Wegener made two of his Greenland expeditions at the time of his professorship at the University of Graz. During these expeditions, he collected data that are still important for climate research today, as Abermann described in exciting words in his lecture.

What makes Greenland so unique?

Kalaallit Nunaat – the “land of the people” as the Greenlanders call it – around 56,000 in number – is home to just about as many people as live in the regional Austrian town of St. Pölten. This contrasts with an area of 2.17 million km2, 80% of which is (still) ice-covered. The population lives mainly on the coast in the few larger cities.

The capital is Nuuk with its 19,000 inhabitants. Abermann also vividly described the associated history – where did the people originally come from? The large island experienced several waves of settlements – the first as early as 2500 B.C. The people came from North America and settled first on the west coast. In the first millennium came the Dorset culture and the Vikings, whose focus was on agriculture, while the Inuit stayed with fishing and marine mammals. In 1721, the missionary Hans Egede found his way to the island – the start of Greenland’s colonial history. Today, as Abermann explained, Greenland has a complicated status under international law as a sovereign state, but one that is very closely tied to Denmark, both politically and financially, and is still part of the Danish Commonwealth. Today, many Greenlanders have mixed parents and also spend parts of their lives in Denmark. The complex colonial history has also left its mark on the language, as many Greenlanders have been deprived of Greenlandic. Abermann explains that, depending on the definition, about 80-90% are ethnic Greenlanders on Greenland, the majority of the rest are Danes, but also other ethnical groups such as the Philippines can be found here. 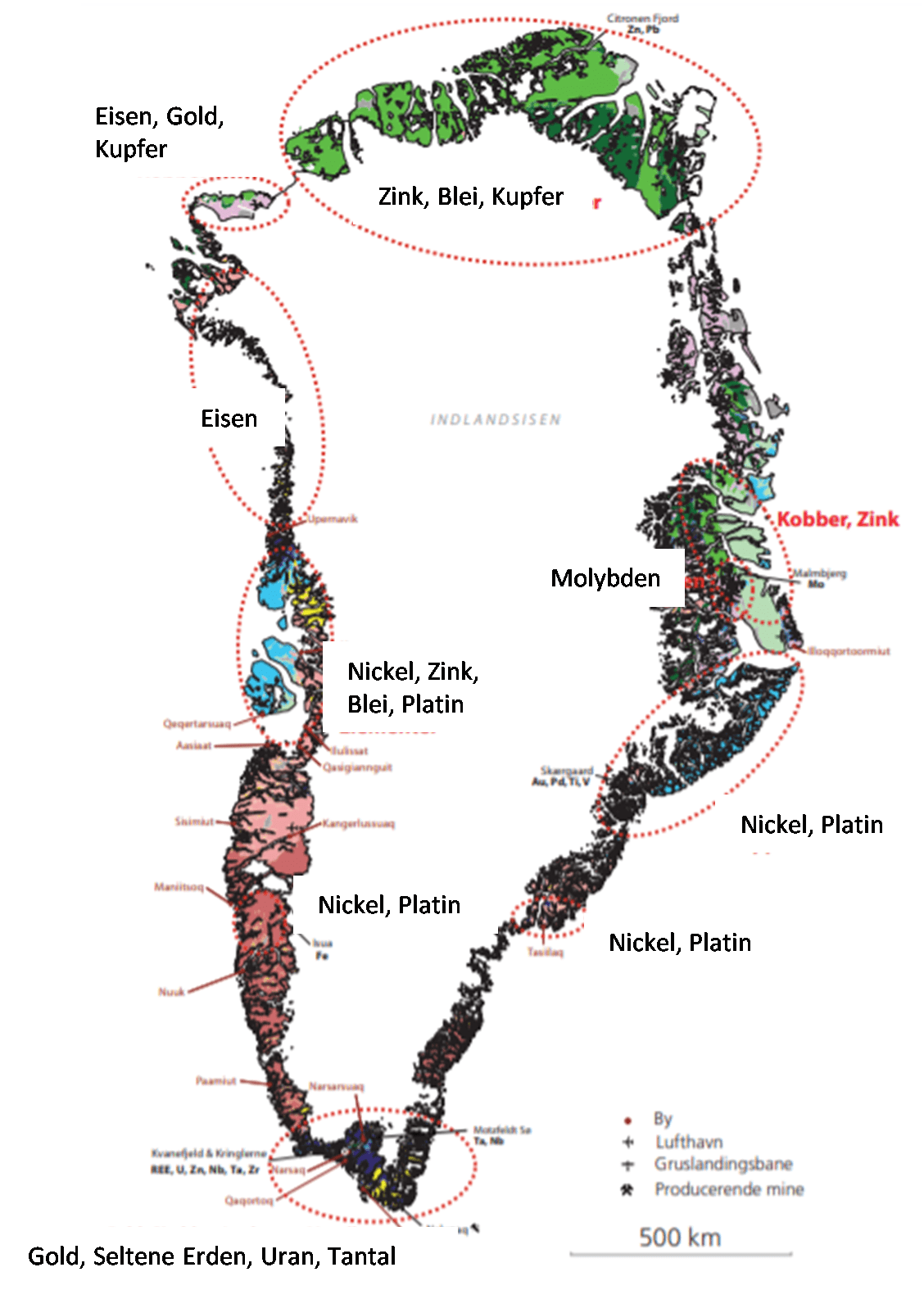 In recent years, the interest in Greenland has been steadily increasing – not only because of its incomparable scenic beauty, but also because of its geopolitical strategic importance and promising deposits of various mineral resources. Due to climate change, many countries/companies hope that it will be easier to extract those.

The not easy life on Greenland is unfortunately also reflected in unpleasant facts – as the researcher reports. These include, for example, episodically very heavy alcohol consumption, which has, however, dropped significantly in recent years, a suicide rate about five times as high as in Austria and dramatically high figures for sexual abuse of minors.

A large part of the lecture was dedicated by Abermann in very clear words to Greenland as a climate hotspot.

“From my own experience despite all the tragedy, the largest island in the world is mostly inhabited by humorous, impressively flexible and helpful people.” 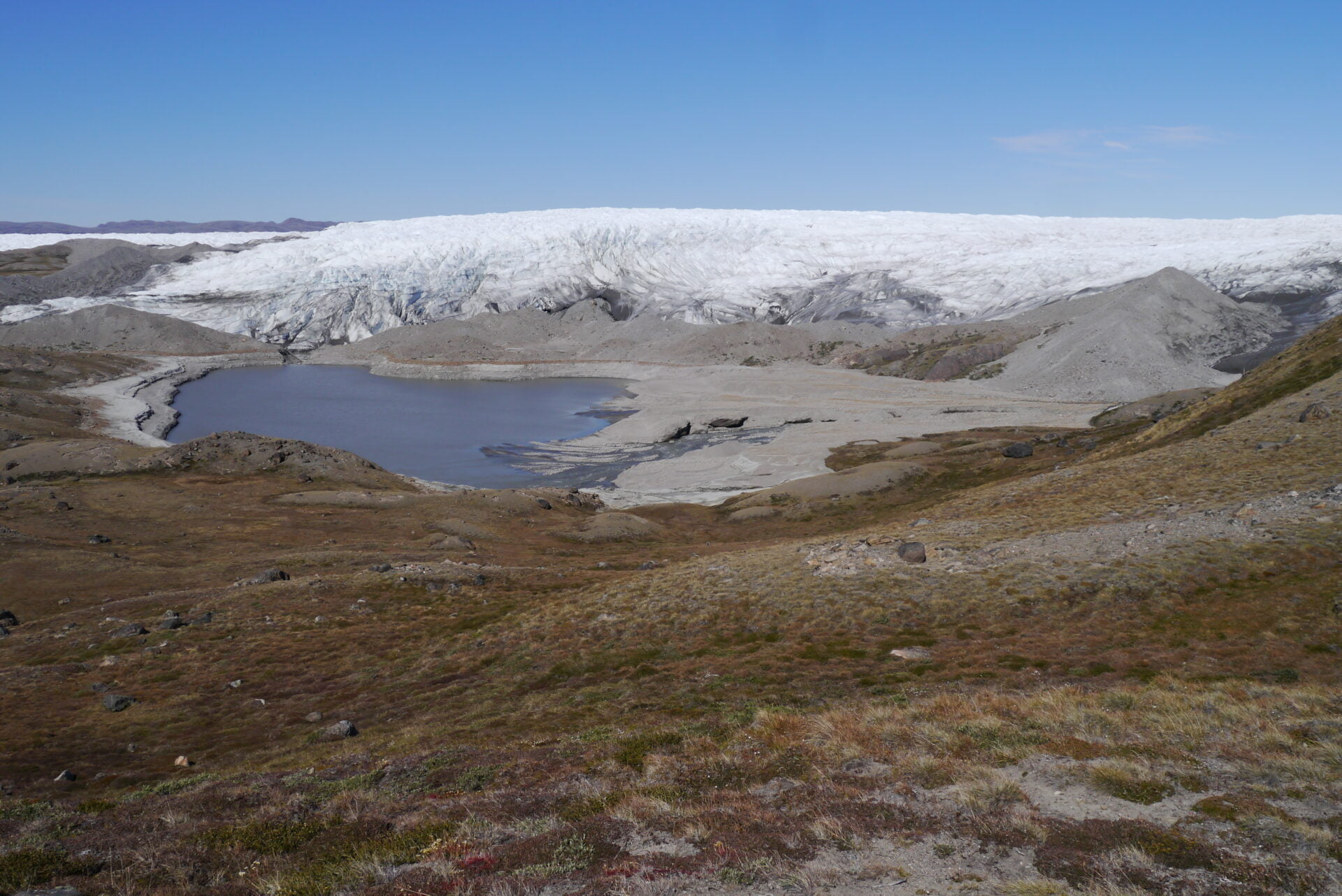 View of the edge of the Greenlandic Ice Sheet with marginal moraines, 30km east of Kangerlussuaq (© Barbara Hinterstoisser).

The Greenland Ice Sheet has undergone impressive variations in the Earth’s climatic history. A key to understanding this history lies in the analysis of ice cores. During the last ice age, Abermann reported, ice masses extended beyond the Greenland coastline. In the 1920s and 1930s, there was a particularly strong retreat of the marginal glaciers.

In the late 1990s, melt rates accelerated. Abermann tried to explain the difficult interpretation of the data and in particular the developments of the Greenland ice sheet to the eagerly listening auditorium on the basis of measurement records, model calculations and mass balances: “Clearly Greenland is losing ice mass and since the 1990s this has also been happening at an accelerated rate. Here, the mass loss is composed of dynamic (i.e., the ice that breaks off directly from the ice sheet into the ocean) and surface mass loss. Different factors are at play: ocean temperatures and meltwater entering from the surface jointly control the dynamic loss, whereas the surface mass balance is determined by air temperature and precipitation amounts.” The relationships are extremely complex and difficult to predict. What is certain is that further increased ice melt will happen in Greenland. Jakob Abermann gave a very comprehensive and versatile insight into many areas of life on Greenland and into its climate history of yesterday, today and tomorrow.

Further research in the fields of climatology, geology, sociology, ecology and biodiversity, among others, will be on the agenda of the scientists from Graz, who are currently expanding a research station on the east coast together with the University of Copenhagen, with significant participation of the Austrian Polar Research Institute.

Written by Barbara Hinterstoisser, member of the APRI-Media Team.
Layout and English translations by APRI-Media Team.
Contact: use our contact form.
Photos, when not stated otherwise: © Jakob Abermann