Henny Piezonka: Migration and its effects on life ways and subsistence strategies of boreal hunter-fishers: Ethnoarchaeological studies among the Selkup, Western Siberia 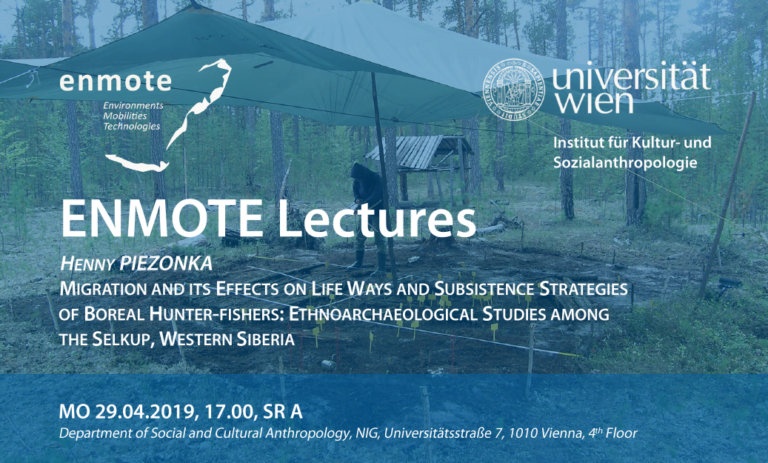 T he Taz Selkup are a Siberian group of hunter-fishers and reindeer herders in the taiga between Ob’ and Yenisei. In the 17th and 18th centuries, Selkup families migrated north from Tomsk region to the River Taz, and in the new territories have partly preserved their nomadic ways until today. This historically documented migration is of great potential both from an anthropological and archaeological point of view because it allows us to trace the causes and mechanisms of adaptation to the new environments and its effects on material and immaterial culture, language, ethnic self-perception and inter-group relations against the background data from the southern original homelands.

A Russian-German field project is focusing on Taz Selkup temporary settlements of the early modern period up until the present, shedding light on changing patterns of landscape use and site location, seasonal cycles, economy and dwelling types. By combining various strands of evidence (archaeological and ethno-archaeological survey and excavation, ethnohistory, oral history) we can trace the complex processes connected to the Selkup establishment in the north. Preliminary results indicate gradual changes towards more mobile life ways with less substantial dwellings, probably largely connected to the seasonal cycle of reindeer keeping. Testing the material footprint of these processes as well as its restrictions, it becomes clear just how much caution is needed when there is only the archaeological record left for reconstructing past conditions, relations and realities.