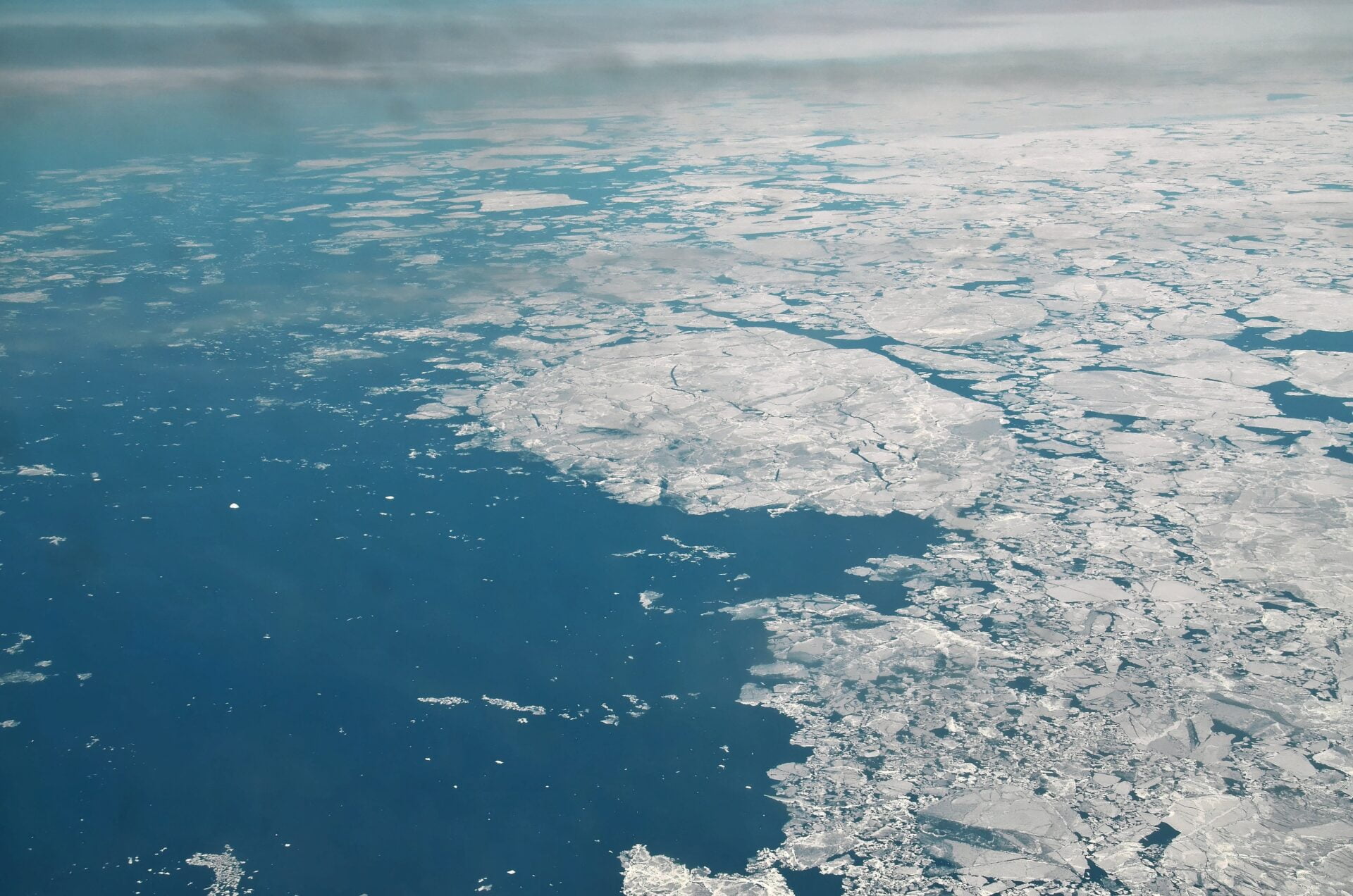 By IrisMarch 31, 2022Polar Ecology
No Comments

An interdisciplinary team of researchers consisting of members of the Austrian Polar Research Institute, the Centre for Microbiology and Environmental Systems Science of the University of Vienna, the University of Aalborg (Denmark) and the University of Calgary (Canada) succeeded in solving mysteries about polar marine sediments and their inhabitants.

Marine sediments contain a great majority of our planet’s microbial biomass. Yet they remain poorly understood. It is now known that dying organisms release extracellular DNA (deoxyribonucleic acid), which is an important macromolecule in global elemental cycles. 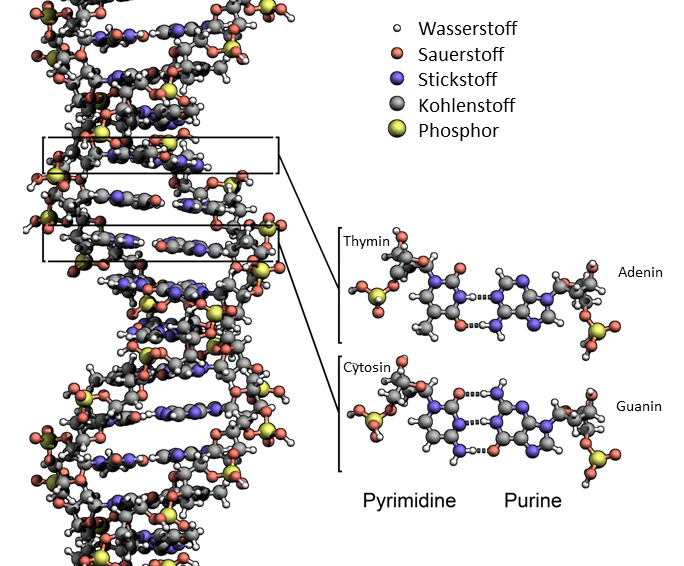 DNA (modified after Zephyris – own work).

Because of its composition, this DNA is a particularly important source of phosphorus, nitrogen, and carbon for seafloor microorganisms (Fig. 1). However, the identity, ecophysiology, and genetic characteristics of DNA-feeding microorganisms in marine sediments remain largely unknown. The majority appear to be heterotrophic microorganisms, i.e., microorganisms that use organic substrates as energy sources. Estimates from previous publications suggest that “bioavailable” DNA, i.e. DNA available for metabolism, provides microbial communities in coastal and deep-sea sediments with 2-4% of their carbon requirements, 7-4% of their nitrogen requirements, and a considerable 20%-47% of their phosphorus requirements.

In the series of experiments conducted by an international team of researchers working in the polar region, marine sediments from two regions of northern Baffin Bay (Greenland) were used for identifying the microorganisms that degrade extracellular DNA. The experiments demonstrate the mineralization of DNA under cold, oxygen-free conditions.

Baffin Bay, marginal sea in the north of Greenland (Google).

Oxygen-free, yet microorganism-rich, marine sediments from Baffin Bay, were spiked with 13C-labeled and also unlabeled DNA. “13C – an isotope of carbon – is used to label organic molecules, such as DNA is, in order to specifically track degradation reactions and their atoms into specific microorganisms” explains Kenneth Wasmund, a member of the Austrian Polar Research Institute APRI. In order to be able to provide even more precise information about the dynamics of DNA degradation and how different organisms can use different pieces of DNA, the team also added unlabeled nucleic bases (adenine, thymine, guanine and cytosine) and the nucleosides 2-deoxyadenosine and thymidine, to the sediment. 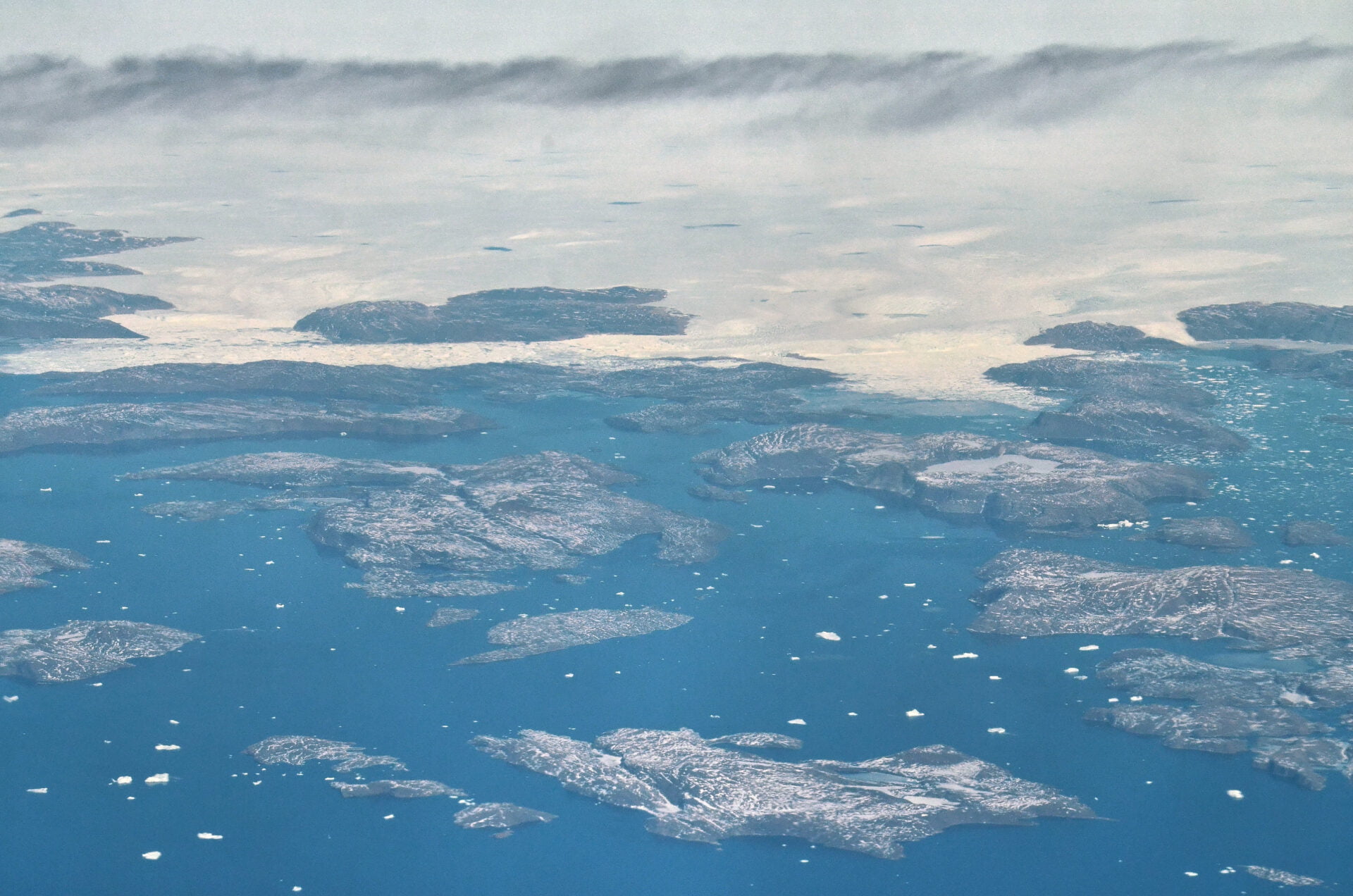 A sophisticated range of methods for identifying DNA-utilizing microorganisms

Wasmund explains that the research enabled the identification of microbial actors that degrade and catabolize extracellular DNA in marine sediments – a process by which microorganisms extract energy and new building blocks for their metabolism from the large, complex DNA molecules. To identify and study the ecophysiology of DNA-degrading microorganisms, the researchers performed a so-called “functional microbiome” approach: the marine sediments containing microorganisms were spiked with 13C-labeled DNA or individual unlabeled DNA subcomponents. Analytics included comparative DNA sequencing and, in particular, DNA-SIP (DNA-stable isotope probing). DNA-SIP is an established technique for identifying active microorganisms that assimilate specific carbon substrates and nutrients into cellular biomass.

“The results shed light on the identity and functional properties of microorganisms that contribute to the important ecosystem function of degrading and recycling the breakdown products of DNA in the seafloor.”

This allowed us to study microbial degradation of DNA and its subcomponents in marine sediments. The 13C-labeled DNA added to the microorganisms contained sediment, was largely degraded and mineralized to 13C-labeled carbon dioxide within 10 days. DNA-SIP analysis of the DNA revealed that several identifiable microorganisms (‘Candidatus Izemoplasma’, Lutibacter, Shewanella and Fusibacteraceae) incorporated the DNA-derived 13C carbon into their own cells. The genomes of the 13C-labeled lineages encoded enzymatic repertoires for degrading DNA or partial components of DNA, nicely supporting the other results. Comparative genome analyses revealed that various “Candidatus Izemoplasmatales” are likely specialized DNA degraders, the first such organism identified in nature. Moreover, the analyses revealed that such DNA degraders are widespread at different sites.

Written by Barbara Hinterstoisser.
Edited and layout by the APRI-media team.
Contact: use our contact form.
Photos: © Christoph Ruhsam, www.pure-landscapes.net

About the scientific authors