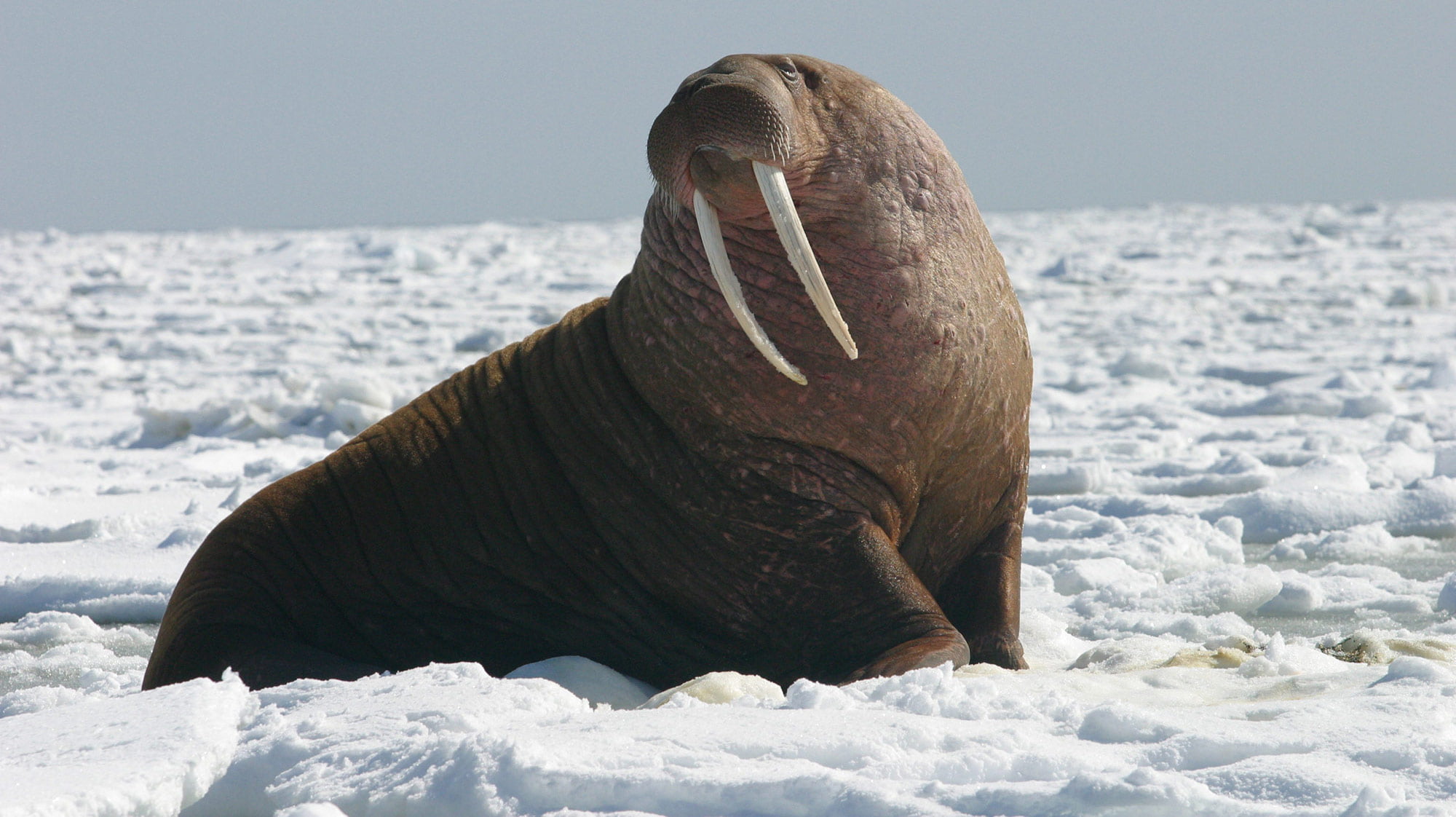 An ecological database for the Arctic Ocean

By fein feinJune 5, 2019Blog
No Comments

Since summer 2018 the Arctic Traits Database – the first database to provide detailed ecological information on organisms inhabiting the Arctic sea floor – is online and freely accessible. The corresponding paper was published in February 2019 in the Journal Earth Systems Science Data.

The Arctic is warming at twice the rate of the global average, most drastically evident in warming sea temperatures and the dramatic decrease of sea ice. Sea floor changes are also manifest. One example from the northern Bering Sea: Where large clams and crustaceans once prevailed in high numbers, now smaller species dominate, some of which moved in from more southern regions. Much of the former biomass shifted north, as did the sea ice edge, and with it the feeding grounds of walrusses and grey whales, which feed on benthic clams and tube-dwelling crustaceans (Figure 1). 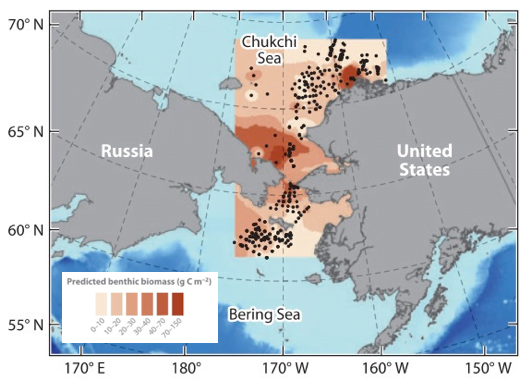 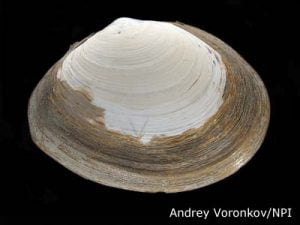 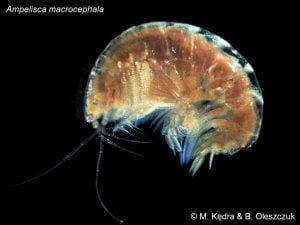 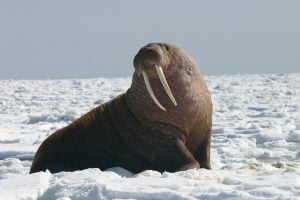 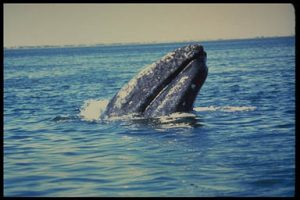 An example from the other side of the Arctic Ocean: Today the Barents Sea provides optimal conditions for the snow crab and the red king crab, two species that are considered invasive in this area. The home of the red king crab (which is internationally regarded as a delicacy) is the North Pacific, but it was introduced to the area of Murmansk in the 1960ies. The snow crab, in contrast, which is native to the subarctic Pacific region and the northwestern Atlantic, made the trip by itself and reached the southern Barents Sea (presumably with the ballast water of ships) in the 1990ies. Although being a subarctic species whose distribution was originally confined to the southerly areas of the Arctic Ocean, it is now spreading north and in 2017 was already spotted in the fjords of Svalbard. The long-term implications of these two large and highly mobile omnivores on the local ecosystem of the Barents Sea are currently unforeseeable. 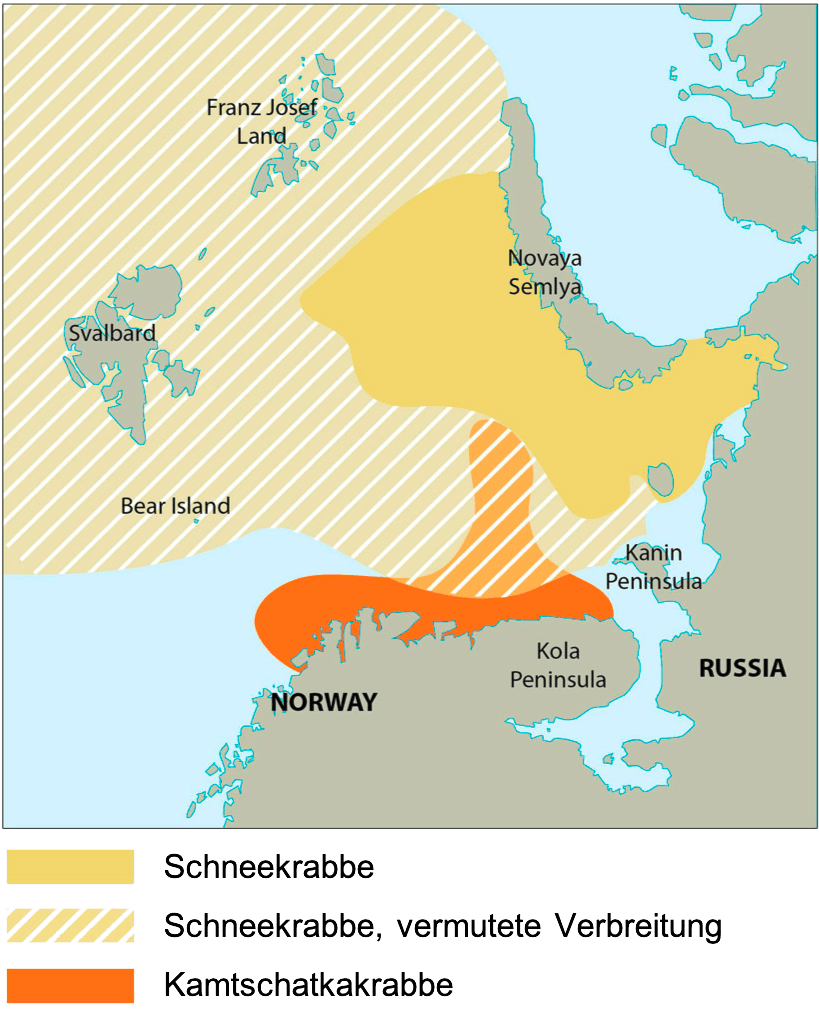 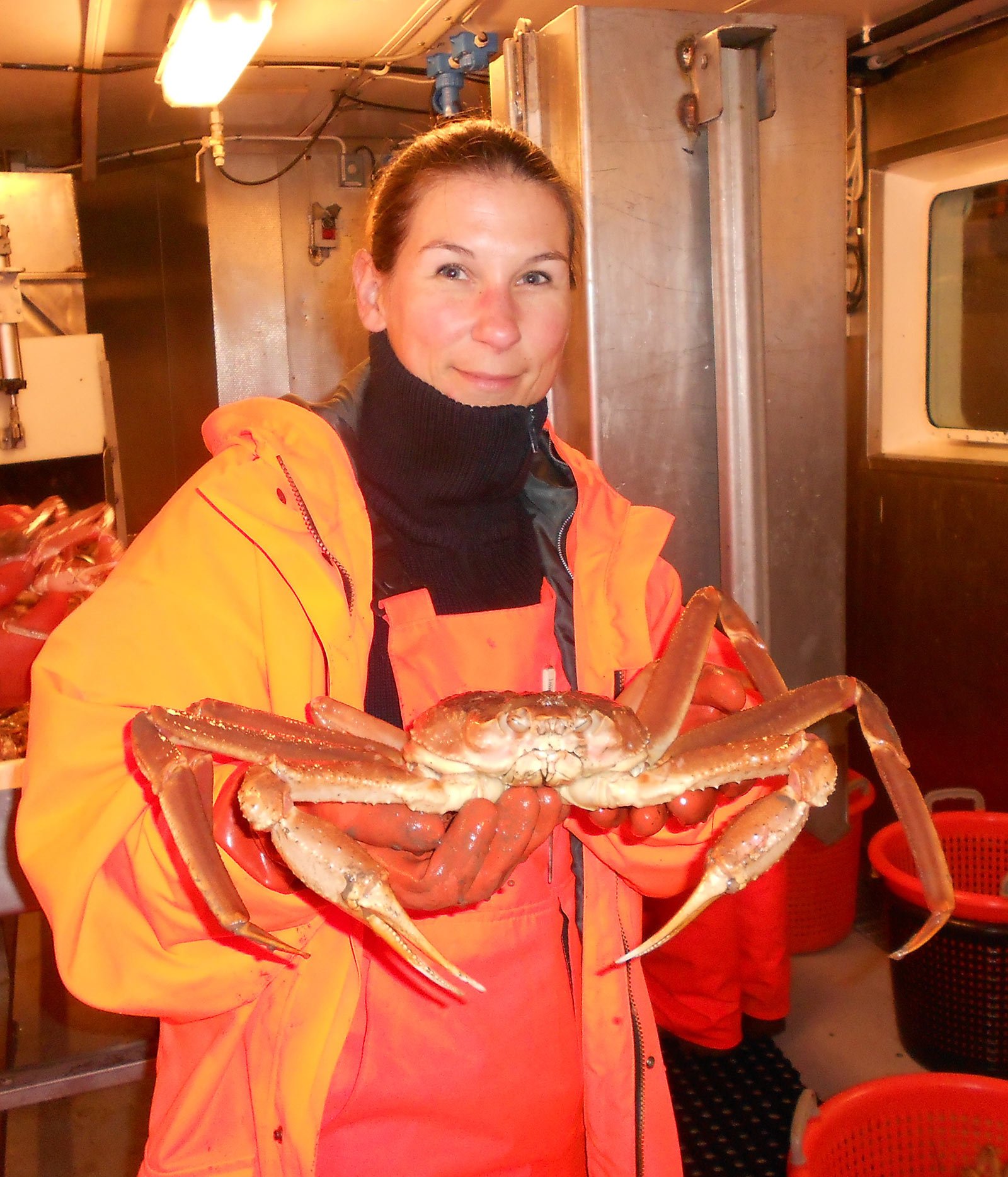 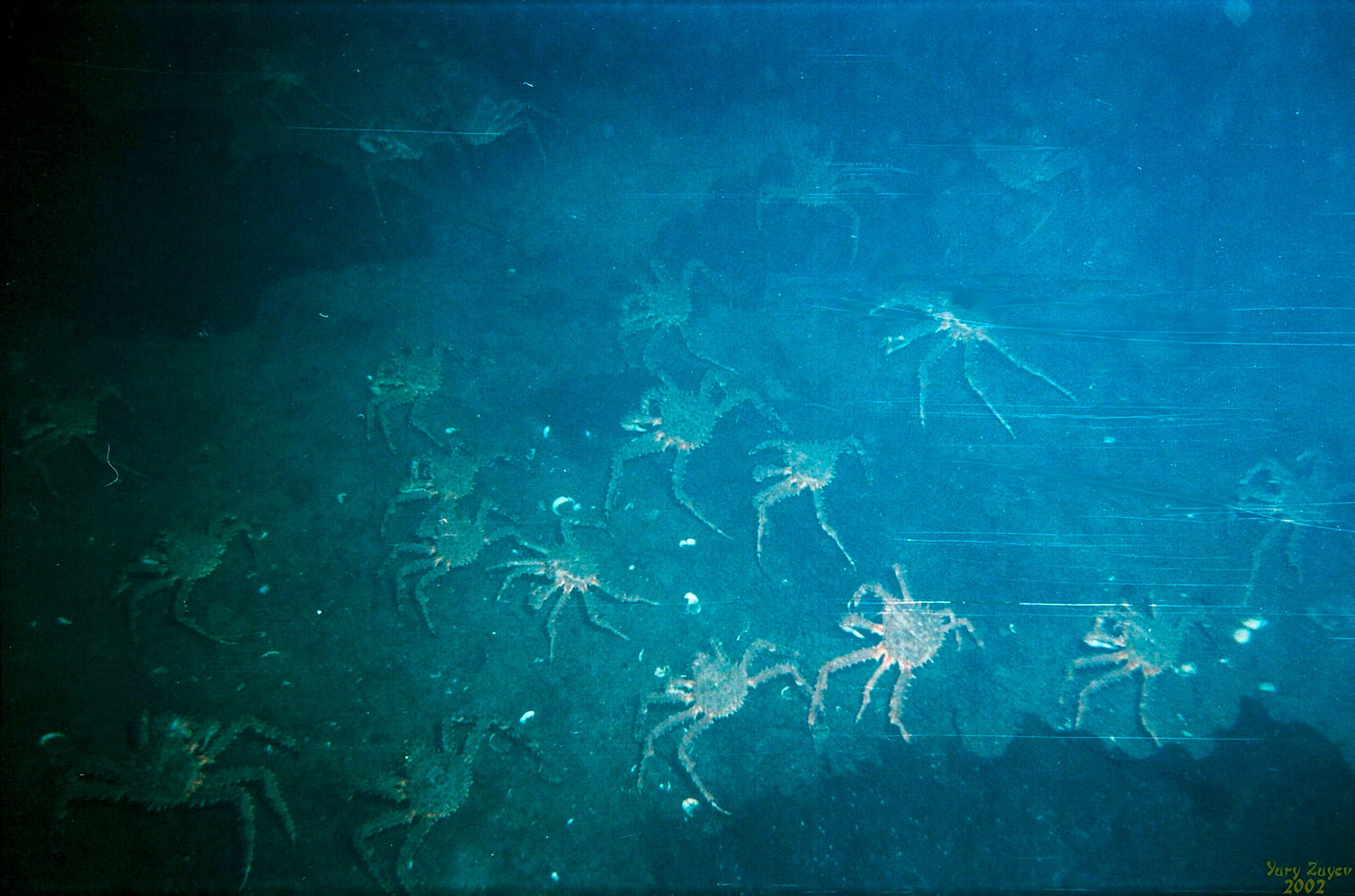 One method to study the above-mentioned and other changes is the trait-based approach. Here the focus is not only on the number and the biomass of individuals and species that occur in a community, but also on their ecological characteristics or traits: How do they live? How do they move? How and what do they feed on? What are their habitat requirements? By including also environmental parameters such as seawater temperature, depth, ice cover or sediment structure, we can build models to detect how species or whole communities react to changes. By further including prospective data from climate models, we can model future scenarios. Among the questions that can be answered are: What will the sea floor community in a certain region look like in 50 or 100 years? Which regions are vulnerable to changes, which might be more resilient? Which species are prone to changes, which might be able to cope with future conditions?

Our Arctic Traits Project (funded by the Austrian Science Fund FWF) tackles exactly these questions. Via the collaboration with scientists from Norway, Germany, Poland, Russia, USA, and Canada, a huge quantitative dataset from different regions of the Arctic Ocean was compiled. The most challenging part was to collect the relevant ecological information of these more than 2000 species from 14 major taxonomic groups (phyla). For some groups such as fishes, trait databases are already available (fishbase is the largest and most frequently used trait database to date; it contains ecological information on more than 40 traits of more than 30,000 species). Less information is available for the invertebrate fauna of the Arctic. Another challenge is that our ecological knowledge on many polar species is limited. Often we know the morphology of an animal and can identify it, but we know nothing about its way of living (see Figure 3). As a consequence, beyond the classical survey of scientific literature, this project called for examining images and the exchange with taxonomic experts for the various groups. 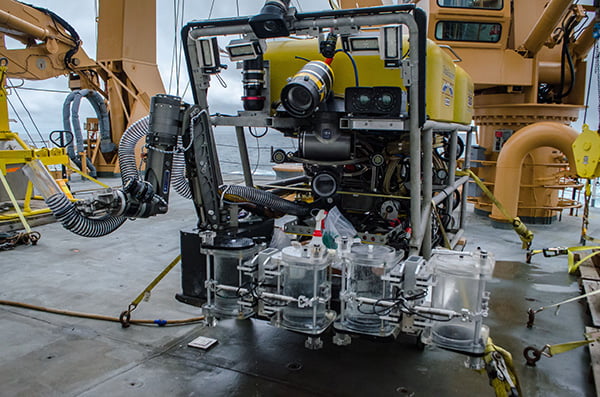 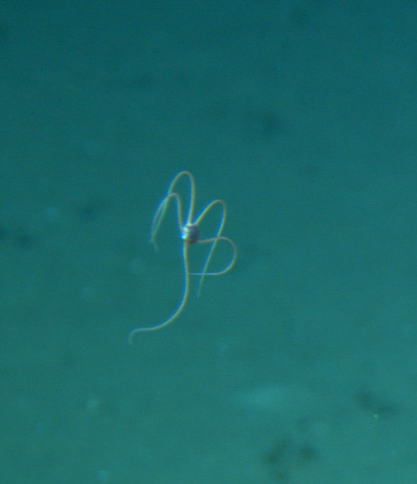 Figure 3: Image and video analysis with the ROV (Remotely Operated Vehicle) enable us to observe the animals of the arctic sea floor in their natural habitat (A). In doing so, Irina Zhulay, PhD student at UiT (the Arctic University in Tromsø), observed a swimming brittle star (B) during the expedition “The Hidden Ocean 2016”, a behavior that was previously not known for this species (Degen et al. 2018).

In order to foster the exchange among experts also interactively and to provide the compiled trait information to the scientific community, the Arctic Traits Database was created and is hosted at the University of Vienna. It is on the one hand an online database that enables browsing ecological information online and downloading it in both human and machine readable formats. On the other hand it is an interactively tool, that allows scientists from different countries and continents to communicate. In the restricted area of the database the entries of colleagues can be commented on, complemented, or also put into question, whereby the latter especially leads to interesting discussions.

The Information that is collected in the Arctic Traits Database includes details on the body structure (morphology), the life history, and the behavior of marine organisms (see Figure 4). In addition, information about the tolerance of species and about their zoogeographical distribution is included. The target organisms are the invertebrate taxa that live either on or directly in the seafloor, the so-called benthos. Many of these organisms are relatively long-lived and stationary. This makes them optimal indicators to study changes in the arctic marine ecosystem. At present, information on more than 1,900 taxa is included in the database. The largest group are the ringed worms (Polychaeta, 43%), the arthropods (21%), and the mollusks (15%).

The results from the statistical examination of the database in the frame of the Arctic Traits Project will be published in the course of the year 2019. All news can be checked on our project webpage. 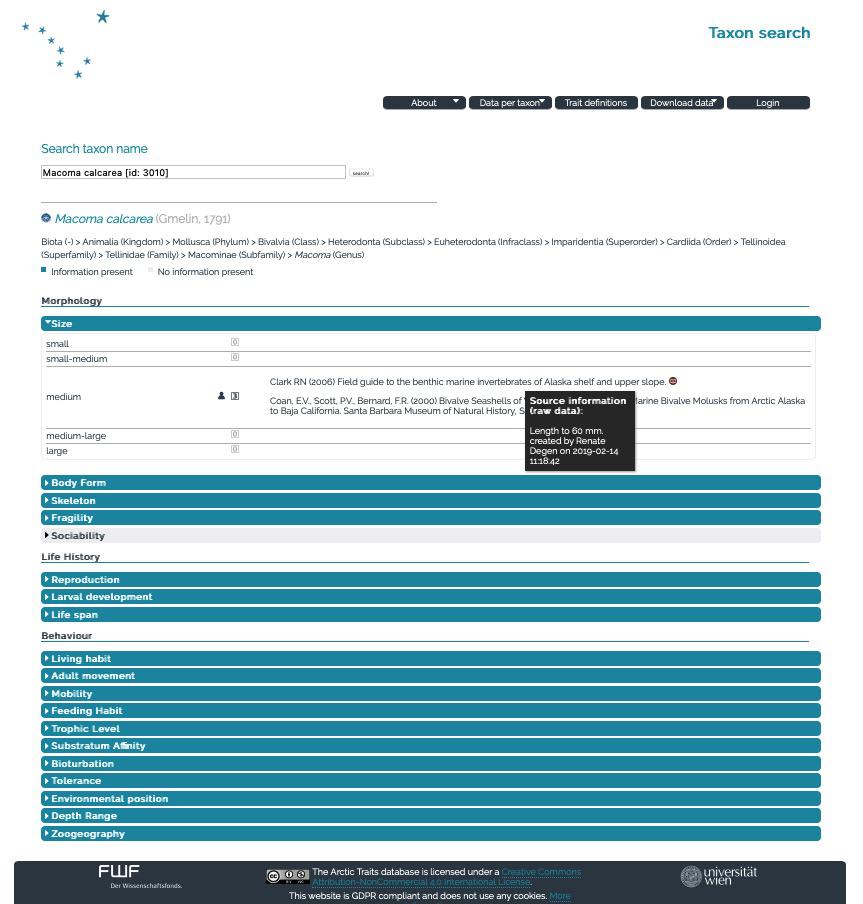 Figure 4: Screenshot from the database showing the taxon page of the clam Macoma calcarea. Behind each of the bars highlighted in blue, details and sources of the respective ecological information can be inspected, shown here for the trait “size”.